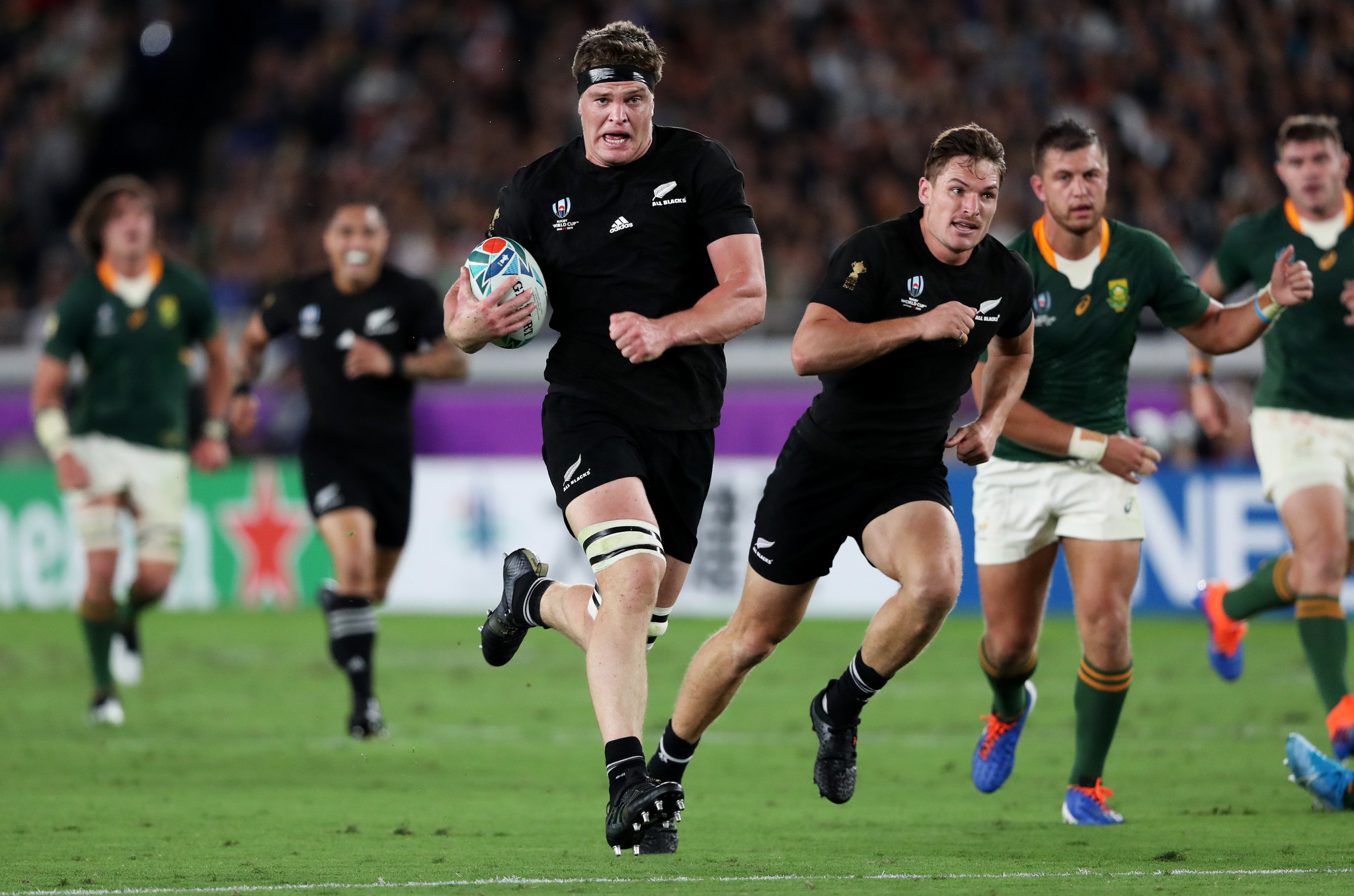 The Rugby World Cup in Japan enjoyed three outstanding matches on day two, rounded off by a bruising Pool B 23-13 victory for tournament favourites New Zealand over South Africa.

While Ireland are ranked number one in the world, the All Blacks are still considered the team to beat, with South Africa also predicted to make the last four.

The two big guns didn't disappoint at International Stadium Yokahama, with South Africa starting the stronger, keeping the All Blacks penned in their own half for most of the opening quarter.

Handré Pollard kicked South Africa into an early 3-0 lead, before the turning point on 20 minutes.

The flyhalf had another straightforward penalty attempt just to the right of the posts, but somehow struck the upright.

First up with a five-pointer was George Bridge, following an outstanding break by Sevu Reece.

The second half followed a similar pattern to the first, with South Africa applying early pressure.

When Pieter-Steph du Toit produced a try from a sneaky break at the side of the ruck, there was seven points in it and a live game once more.

Pollard's drop goal reduced the deficit to 17-13, but two late penalties saw the All Blacks home as they managed the last few minutes relatively comfortably.

South Africa play Namibia next Saturday (September 28), while the All Blacks have to wait 11 days until they face Canada.

The first game of the day almost saw a huge upset, with Australia struggling to overcome Fiji in the first match of Pool D before eventually running out 39-21 winners.

With Wales also in the pool, Australia knew this was a must-win game in Sapporo, but got off to the worst possible start, 8-0 down after a Fijji penalty from Ben Volavola and a glorious try from Pecili Yato.

Michael Hooper's try was a welcome breakthrough for Australia, as was Reece Hodge's five-pointer, but after penalties were exchanged, Fiji went into the break 14-12 ahead.

When Waisea Nayacalevu scored under the posts for Fiji early in the second half, a shock looked increasingly on the cards.

The Australians were behind for an hour of the contest, before their superior fitness and skills eventually took hold.

Hooker Silatolu Latu was an unlikely hero, popping for two quick tries for the Wallabies, while late scores from Samu Kerevi and Marika Koroibete sealed the victory.

However, Australia will know they will need to improve for the mouth-watering clash with Wales next Sunday (September 29).

The other game was in Pool C and turned out to be a thriller.

France and Argentina was always a difficult result to predict, and even going into the last minute, both sides were in with a shout of the win.

It had all seemed so simple for France, going into the halftime break with a 20-3 lead, mainly thanks to tries from centre Gaël Fickou and Antoine Dupont.

But Argentina launched a sterling rearguard effort and a couple of tries brought them within two points at 18-20.

Then, in the final minute, Emiliano Boffelli had a penalty chance to give Argentina that victory – but his kick faded left and France escaped with the two points.