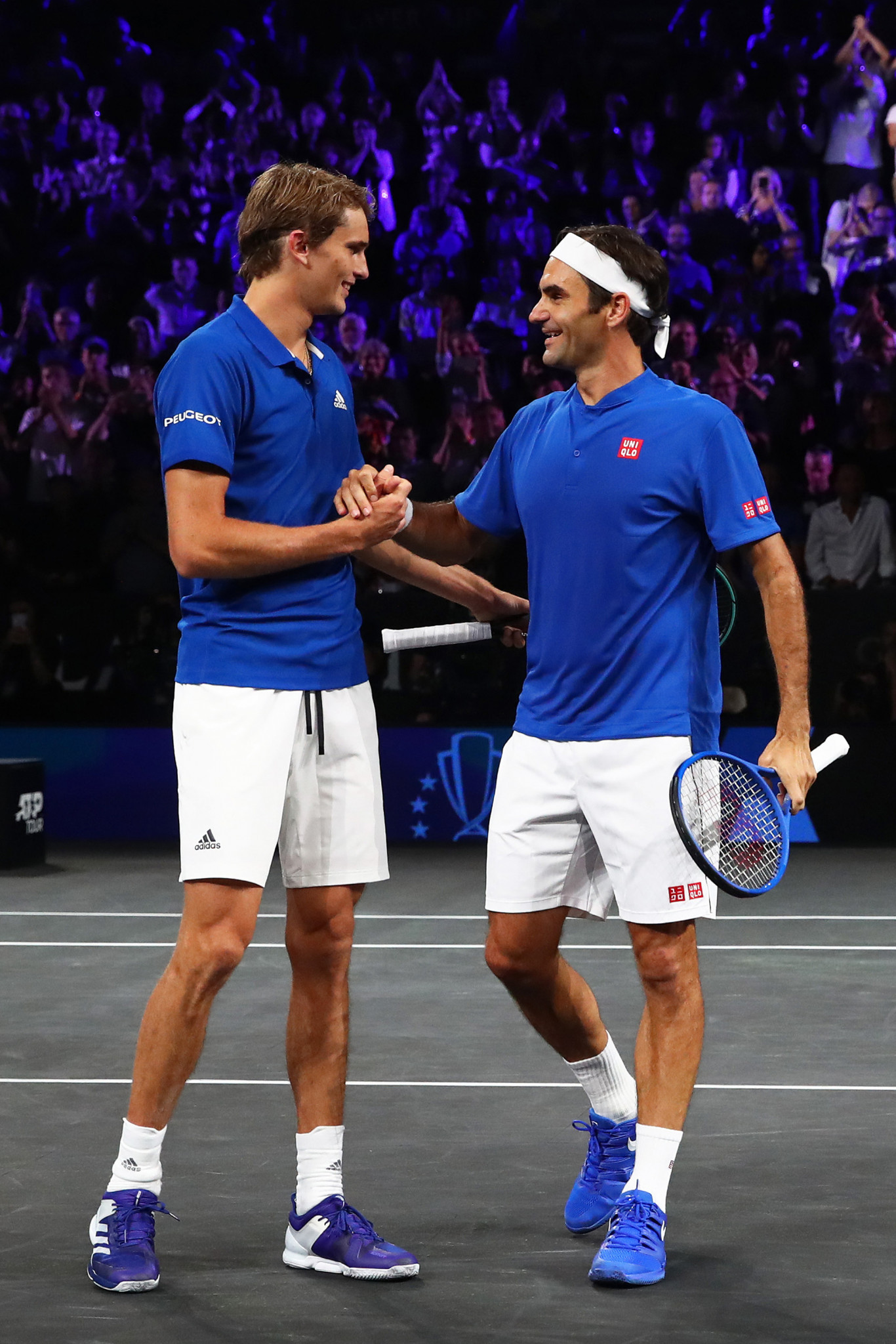 Roger Federer delighted his home fans in Geneva, as he and doubles partner Alexander Zverev defeated Jack Sock and Denis Shapovalov to give Europe a 3-1 lead over Team World after the opening day of the third Laver Cup.

But Stefanos Tsitsipas restored Europe's advantage by beating Taylor Fritz in a super tie-break to win 6-2, 1-6, 10-7, before Federer and Zverev combined to put Europe in control in an event they have won on both previous occasions.