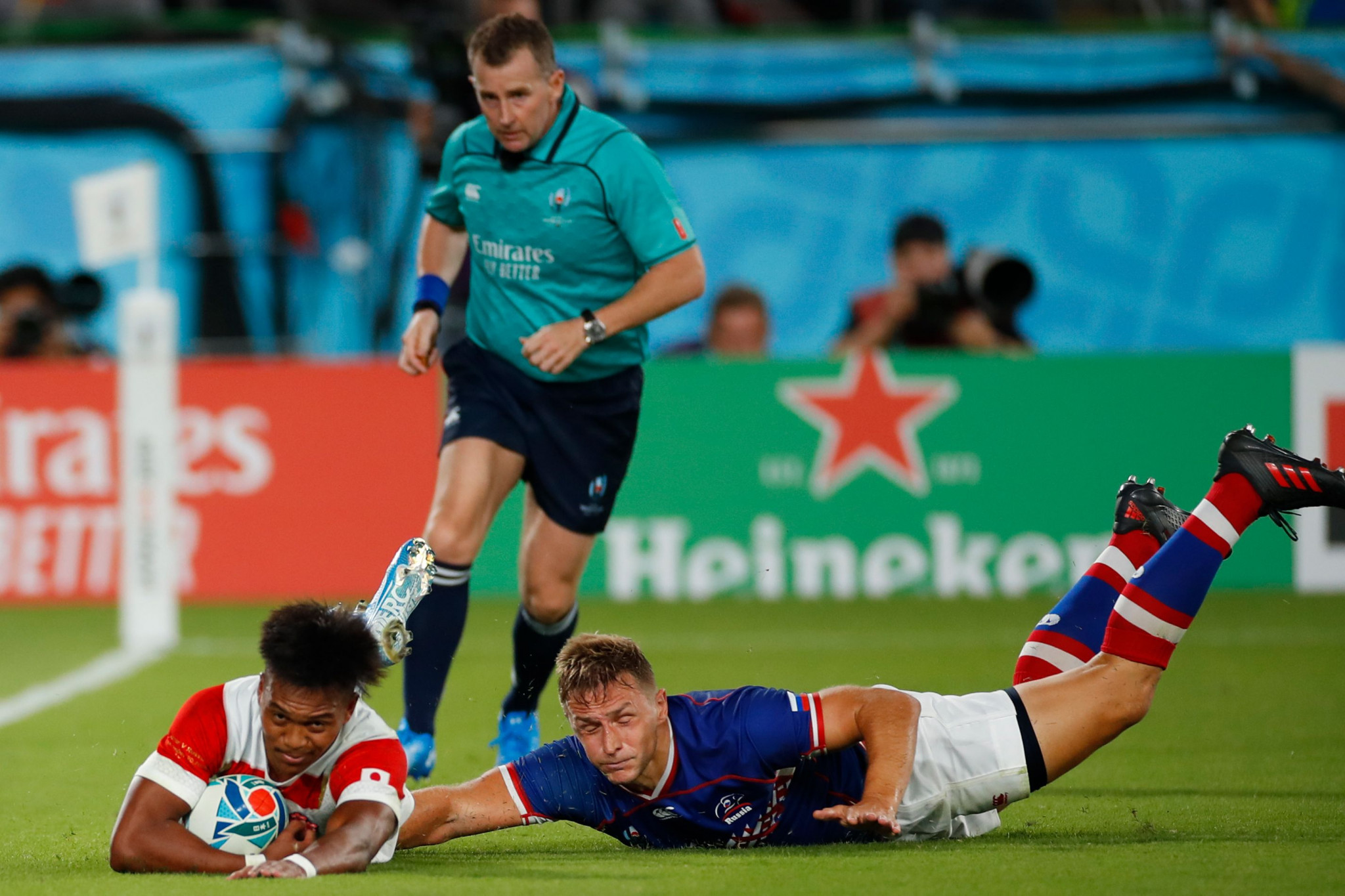 It was a perfect start for Japan at their home Rugby World Cup, defeating Russia 30-10 in the first game of the tournament in Pool A.

Japan, ranked 10th in the world, were hot favourites against the 20th-ranked Russians, but it was the minnows who made the better start.

The conversion was landed by Yury Kushnarev and very quickly the hosts were 7-0 down.

But it didn't take long for Japan to hit back, as outside-centre Timothy Lafaele delivered a sumptuous no-look pass to Kotaro Matsushima, who went over for the five-pointer.

After a frenetic opening, play gradually began to settle down, although handling errors were commonplace.

As the game approached half-time, Japan increased the pressure and were unlucky when Matsushima just failed to ground a chance in the corner.

But a couple of minutes later he made no mistake for his second try – and the conversion gave Japan a 12-7 half-time advantage.

The crucial score came within seven minutes of the restart, as flanker Pieter Labuschagne broke through a tired-looking Russia defence and sent the crowd into raptures with Japan's third try.

Penalties were exchanged before Matsushima put the icing on the Japanese cake, rounding off his hat-trick with a clinical right-wing finish and delivering a bonus-point fourth try.

With Ireland, Scotland and Samoa also in Group A, Japan are still outsiders to qualify for the quarter-finals as a top-two finisher, but couldn't have asked for a more perfect opening 80 minutes.

Tomorrow's games are sure to ignite the tournament, with Australia first up against the talented Fijians, France playing Argentina, and the undoubted game of the weekend, New Zealand versus South Africa.