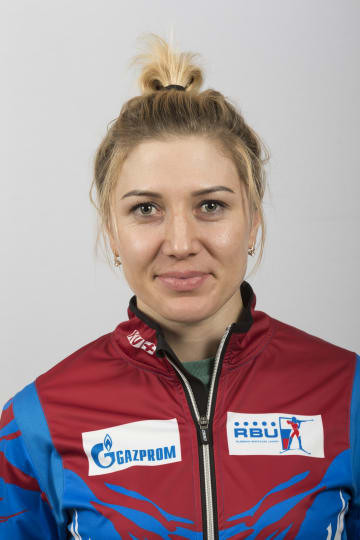 The IBU Anti-Doping Hearing Panel did have the option of a two-year ban, but opted to reduce this after taking into account "the athlete's degree of fault".

The 28-year-old World Cup athlete has the option to appeal at the Court of Arbitration for Sport.

News of the ban comes during a troubled time for Russian biathlon amid the country's wider doping scandal.

In December 2017, the Russian Biathlon Union (RBU) was relegated to provisional membership by the IBU after a number of high profile drug failures.

Russia has been accused of a huge system of drug taking and sample swapping in operation at events, including their home Sochi 2014 Winter Olympics.

Earlier this month, it was announced the RBU would not be reinstated at the IBU Congress in Munich between October 18 and 20.

The organisation has been given a list of 12 criteria it must meet to return to the fold, and the IBU confirmed this work was not complete.

The IBU is one of only two governing bodies, along with the International Weightlifting Federation, to have so far sanctioned athletes based on the Laboratory data and the McLaren Report, which outlined much of the evidence against Russia.