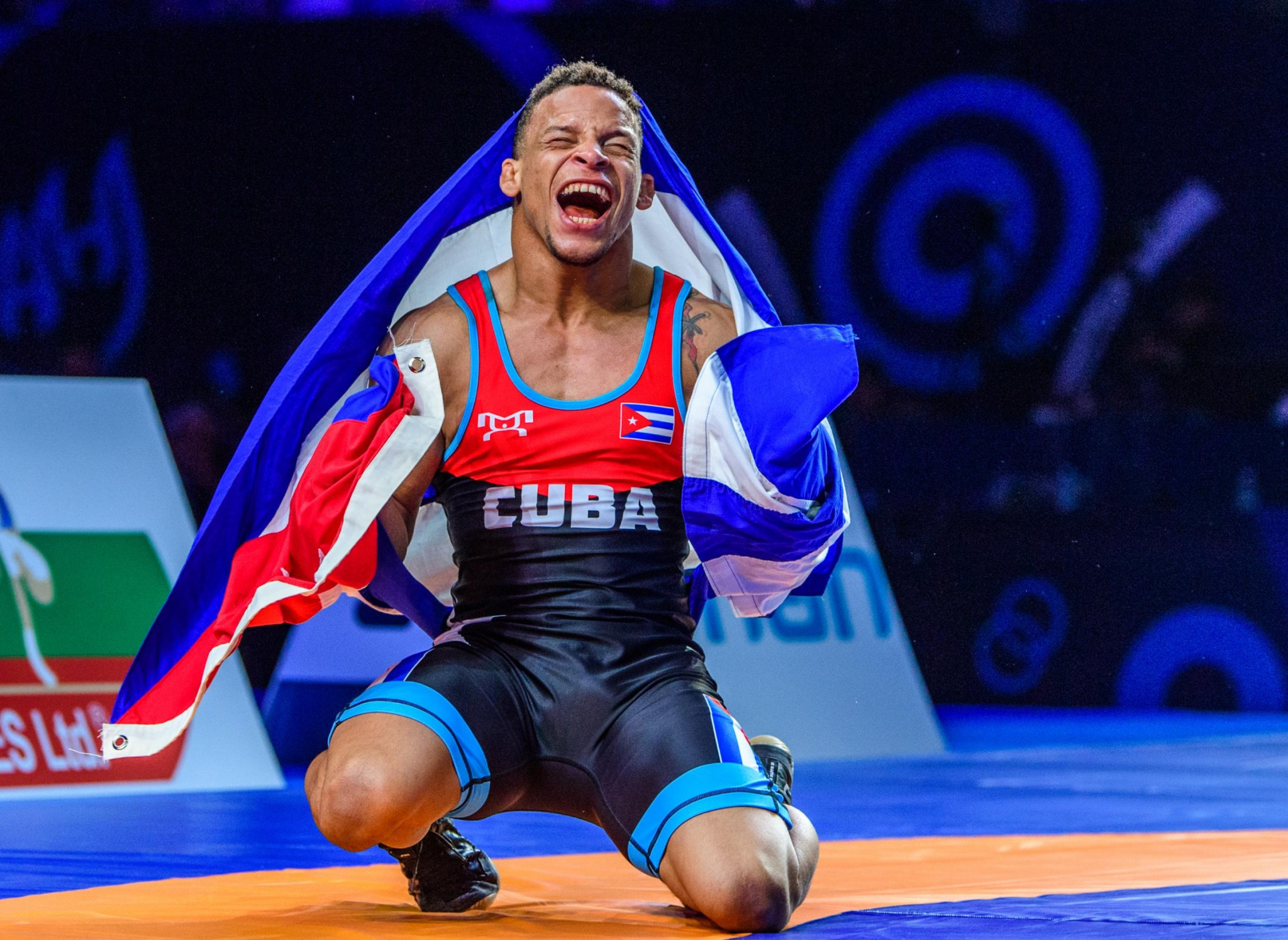 Two Russians were due to defend their titles on the second day of Greco-Roman finals at the World Wrestling Championships in Nur-Sultan – and only one was successful.

The Russian reverse occurred in the 67 kilograms category, where world champion Artem Surkov was defeated 3-1 by Cuba’s Olympic 59kg gold medallist Ismael Borrero Molina in what was one of the prize clashes of  the competition so far at the Barys Arena in Kazakhstan’s capital.

At 97kg, however, Surkov’s compatriot Musa Evloev had an automatically successful defence of his title as Armenia's 98kg Olympic champion Artur Aleksanyan was obliged to default because of injury.

The bronze medals in the 67kg class were claimed by three-times world champion Frank Staebler of Germany and Mate Nemes of Serbia.

Ukraine’s Olympic silver medallist Zhan Beleniuk earned the third gold of the day in the 87kg final after defeating Viktor Lőrincz of Hungary 2-1.

The bronze medals went to Uzbekistan’s Rustam Assakalov and Denis Kudla of Germany.

Earlier in the evening session Russia teed itself up for another gold medal shot as defending champion Sergey Emelin earned an 8-0 shut-out win over home wrestler Mirambek Ainagulov in their 60kg semi-final.

At the end of day three, Russia were distant leaders of the Greco-Roman team standings with 106 points, having won two gold and two silver medalss, with Georgia on 64 points after two golds, and Uzbekistan in third place on 51 after a silver and bronze.

The day had begun with sensation as home wrestler Ashkat Dilmukhamedov had the Arena in uproar by reaching the 77kg semi-finals by beating a double Olympic champion and then a world champion – and earning his country a place at next year's Olympic Games in Tokyo in so doing.

Dilmukhamedov first defeated Russia’s Roman Vlasov and then Serbia’s Viktor Nemes, but his glory run came to an end in the evening session as he lost his semi-final to Hungary’s world silver medallist Tamas Lorincz.

The Hungarian is now due to meet Alex Kessidis in tomorrow’s final, with the latter seeking to become the first Swede to win a Greco-Roman world title since 2003.

The two remaining Greco Roman finals are also scheduled be decided tomorrow in the 60kg and 130kg classes.