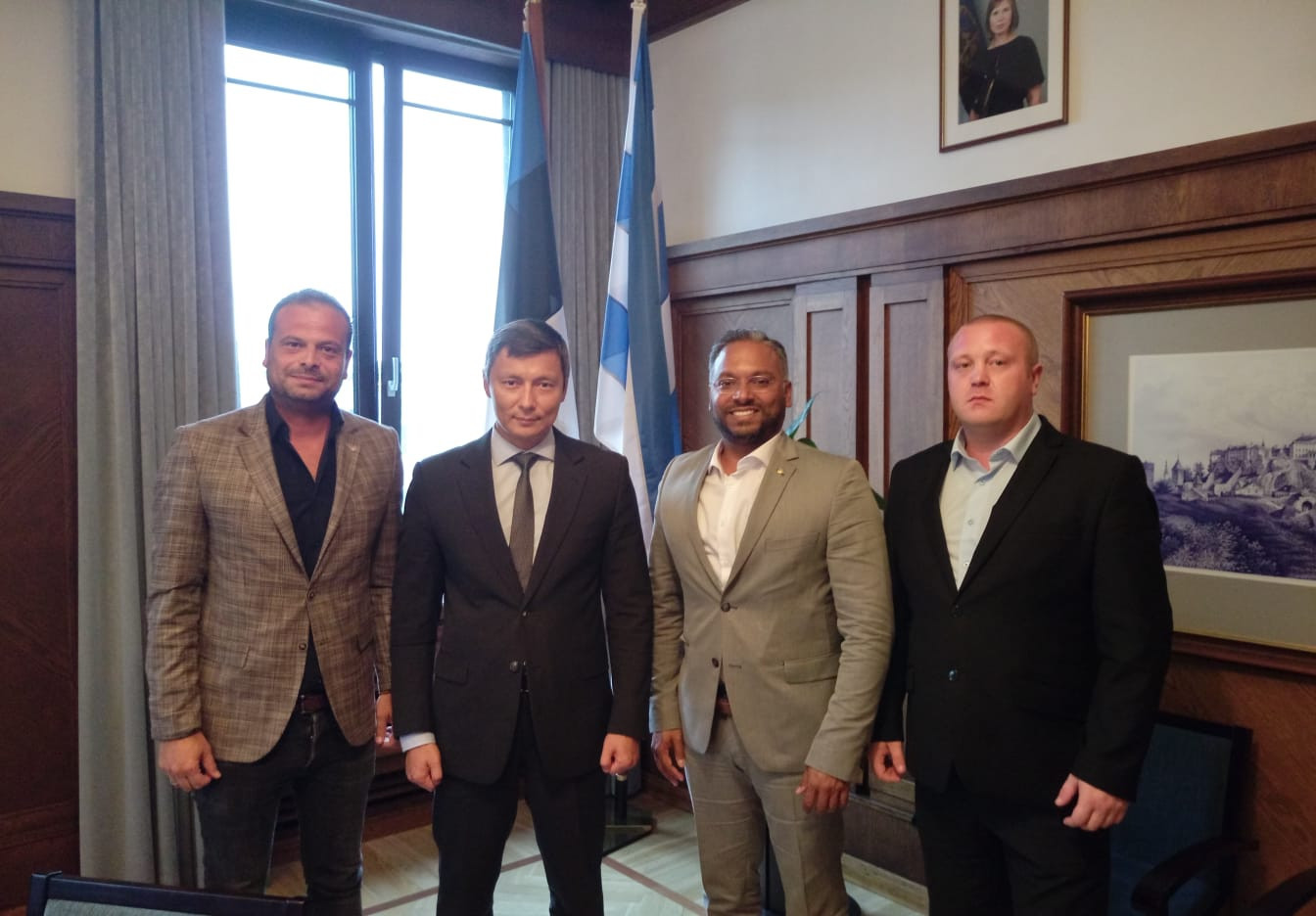 Ioannis Mouroutsos and Kalvo Salmus also represented the WTE in the Estonian capital as preparations for the event were discussed.

Mihhail Kõlvart, the Mayor of Tallinn who is also the President of the Estonian Taekwondo Federation, greeted the party.

The group visited the Saku Suurhall venue which will stage the age group event in September of next year.

It will be the season-opener for the sport on the continent following the conclusion of the Tokyo 2020 Olympic Games.

Saku Suurhall has hosted various sporting events in the past, as well as concerts.