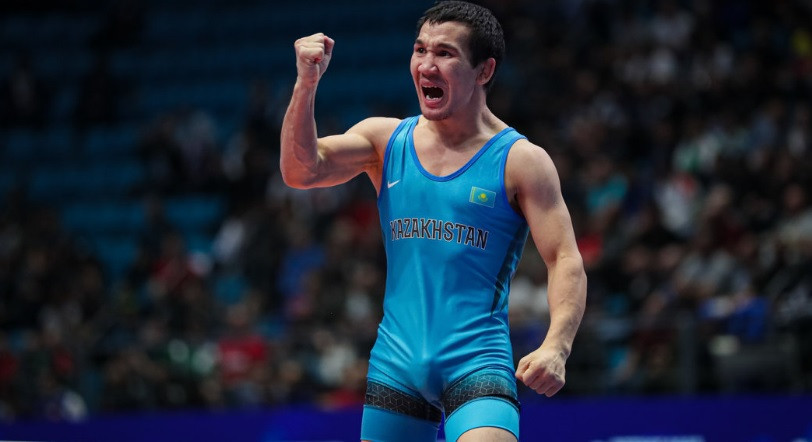 Kazakhstan's Khorlan Zhakansha will fight for the 55 kilograms Greco-Roman title at the World Wrestling Championships after defeating defending champion Eldaniz Azizli of Azerbaijan in the semi-finals.

Zhakansha progressed to the final on home soil with an 11-5 win over Azizli in the last four at Barys Arena in Nur-Sultan.

He will face Nugzari Tsurtsumia in the gold-medal match after the Georgian thrashed Shota Ogawa of Japan 8-0 in his semi-final.

Ogawa and 2018 world champion Azizli will have the chance to claim bronze medals following their semi-final defeats.

Russian Stepan Maryanyan will defend his 63kg crown after he booked a place in the final with a 4-2 win over Armenia's Slavik Galstyan.

Standing in Maryanyan's way of a second consecutive world title will be Shinobu Ota of Japan, who outclassed Kazakhstan's Almat Kebispayev 10-1 in the last four.

Georgia's Lasha Gobadze will take on Rafig Huseynov of Azerbaijan for the 82kg gold medal after both wrestlers came through their semi-finals.

The finals in all four weight categories, none of which are on the Olympic programme, take place tomorrow.