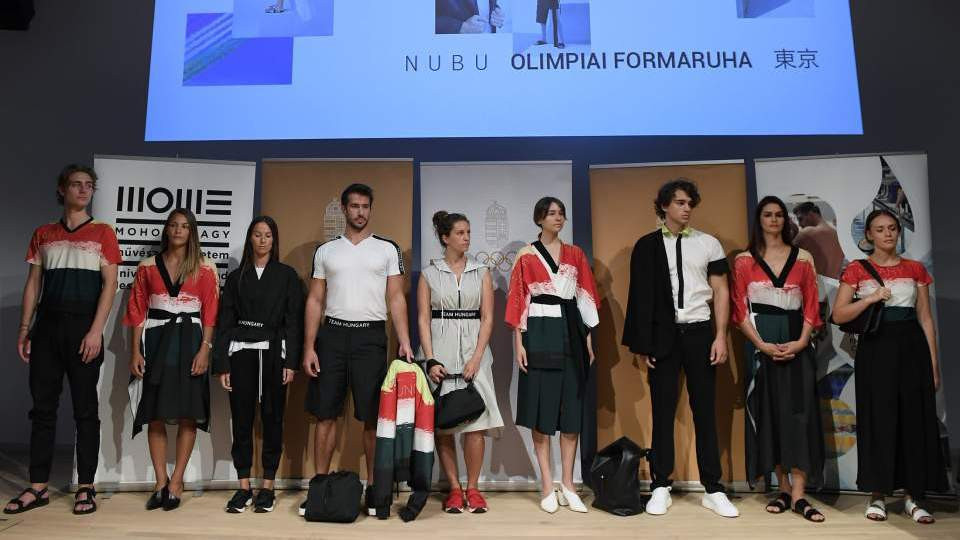 The Hungarian Olympic Committee (MOB) has chosen NUBU as the supplier of uniforms for the country's athletes at next year's Olympic and Paralympic Games in Tokyo.

NUBU won a "competitive" tender process established by the MOB.

The Budapest-based company was chosen ahead of Nanushka and Tomcsanyi, and will provide the uniforms for all Hungarian athletes competing at Tokyo 2020.

NUBU, which lost out in the process to select the uniform supplier for the MOB at Rio 2016, was announced as the winner at a ceremony held at the newly-renovated Moholy-Nagy University of Art and Design.

A total of eight companies applied in the tender process before the MOB shortlisted the three finalists.

MOB President Krisztián Kulcsár said the "uniforms determine the image of the athletes' delegation" and thanked all those who participated in the design competition.

NUBU claim its design, led by  Judit Garam and Adél Kovács, showcases Hungary in a "decent and distinctive manner".

"The national tricolour runs through the pieces of the collection, the material of the elegant set is red-white-green painted with dynamic brush strokes and inscriptions," the designers said.