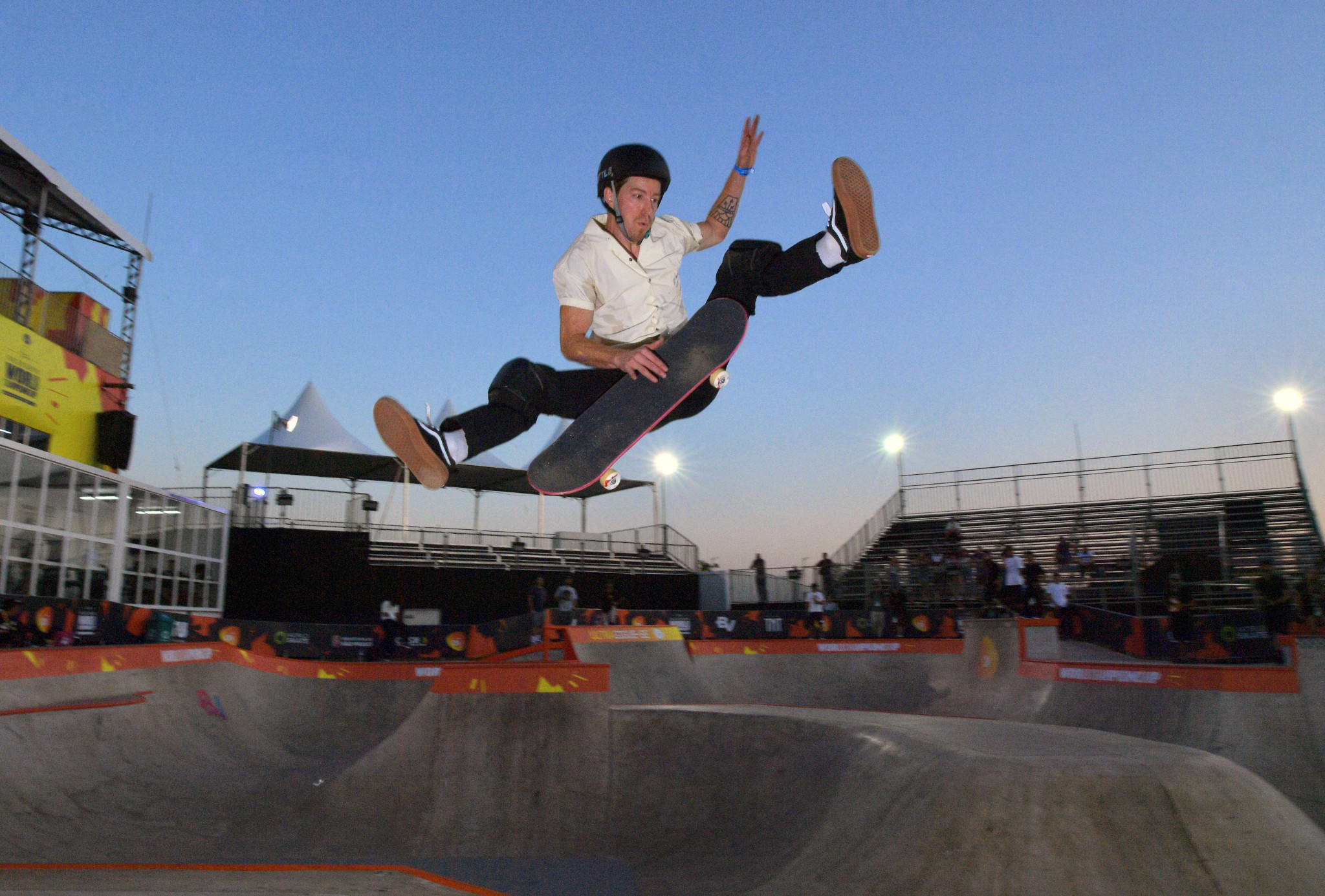 The United States' White, a three-time Olympic champion, was a skateboarder before he was a snowboarder.

Hirano finished second behind White at Pyeongchang 2018 to add to his silver medal from Sochi 2014 and is keen to represent host country Japan at Tokyo 2020.

Tom Schaar and Zion Wright are both funded members of the US national skateboard team, while seven other American men have qualified for the event by virtue of their world ranking, including Jagger Eaton, who is normally associated with street skateboarding.

Brazil's Pedro Barros is the defending world champion and will be looking to retain his title in addition to gaining vital qualifying points in front of a home crowd.

Worth looking out for on the women's side of competition is 11-year-old Sky Brown.

Brown joined the British skateboarding team in January and has been busily collecting qualification points, reaching the Dew Tour semi-finals and finishing fifth at both the International Skateboarding Open in Nanjing and the X Games in Minneapolis.

In São Paulo, she is likely to have to overcome the American Brighton Zeuner, who will be one of the favourites to triumph despite coming back from injury.

Still just 15, she is already a two-time Summer X Games champion in the park discipline.

A total of 160 athletes – 99 men and 61 women – have entered the event at Parque Cândido Portinari, with the top 20 skaters on the World Skateboarding Rankings in each event getting seeded byes.

The top four go through to the semi-finals and the next 16 to the quarter-finals.

Everyone else will take part in the open qualifiers, with seven to 10 riders in each heat.

Each skateboarder gets two runs of 45 seconds in this round, with the best run counting and the top 16 advancing to the quarter-finals.

In these rounds, each skater gets three runs of 45 seconds with the best run counting, but the clock stops upon a fall and the run is over with no restarts allowed.