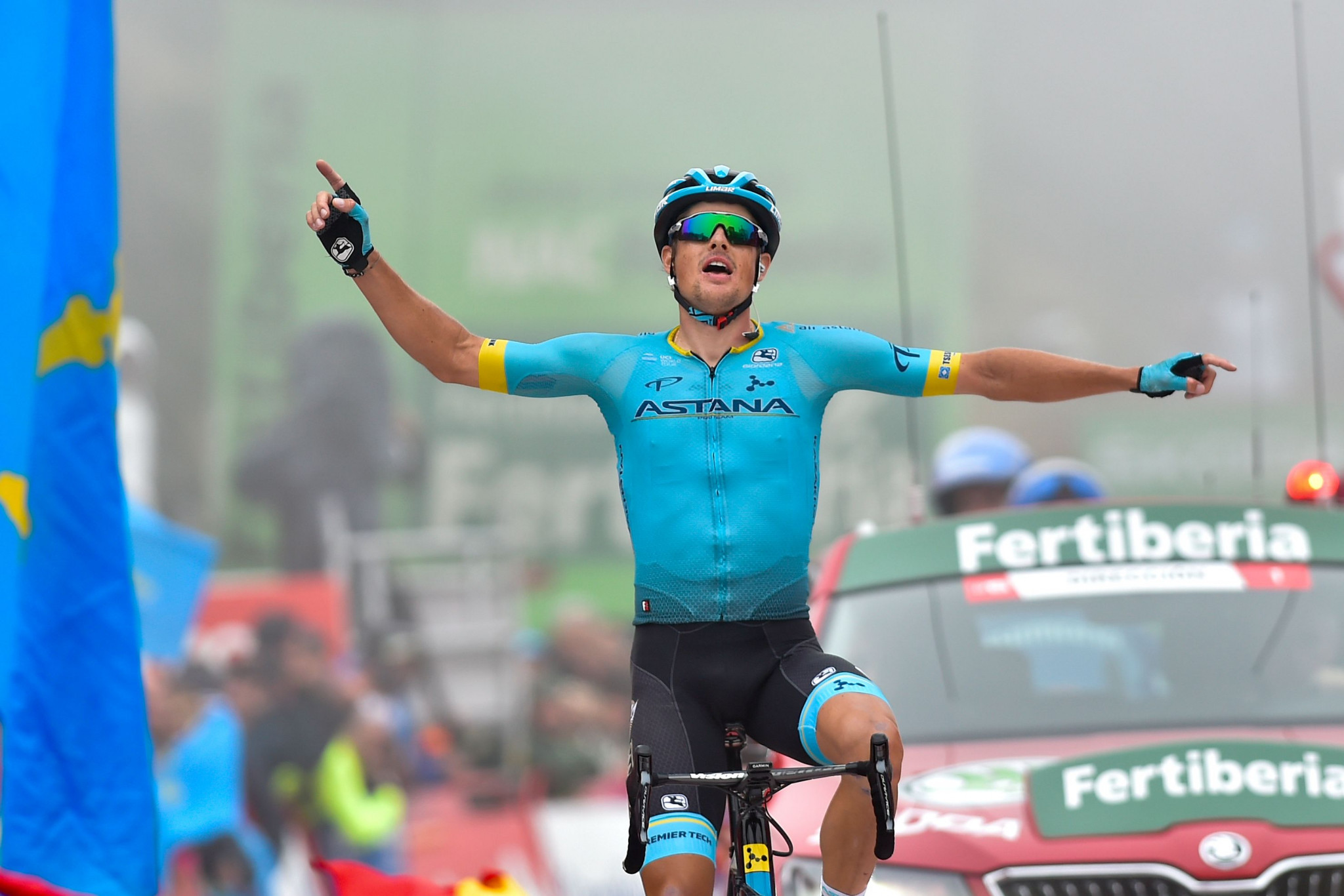 Jakob Fuglsang of Denmark claimed his first Grand Tour victory as Primož Roglič extended his overall lead on stage 16 of the Vuelta a España in La Cubilla Lena.

Astana rider Fuglsang was part of a large breakaway group and launched a solo attack four kilometres from home.

Several attacks were threatened as the 144km stage set off from Pravia, before a large group eventually broke free.

Roglič was part of the lead group, which diminished to just ten riders as the climbs took their toll.

Fuglsang made a first move 7km from home, with Brambilla following, while Colombian general classification hope Nairo Quintana of Movistar was dropped by the main group.

A second attack from Fuglsang proved pivotal as he surged clear for the stage victory in four hours 01min 22sec.

The trio crossed five minutes and 58 seconds behind stage winner Fuglsang, but close enough behind for Roglič to retain the red jersey heading into tomorrow's rest day.

Pogačar is in third place.

The race continues on Wednesday (September 11) with the 17th stage, a 219.4km route from Aranda De Duero to Guadalajara.