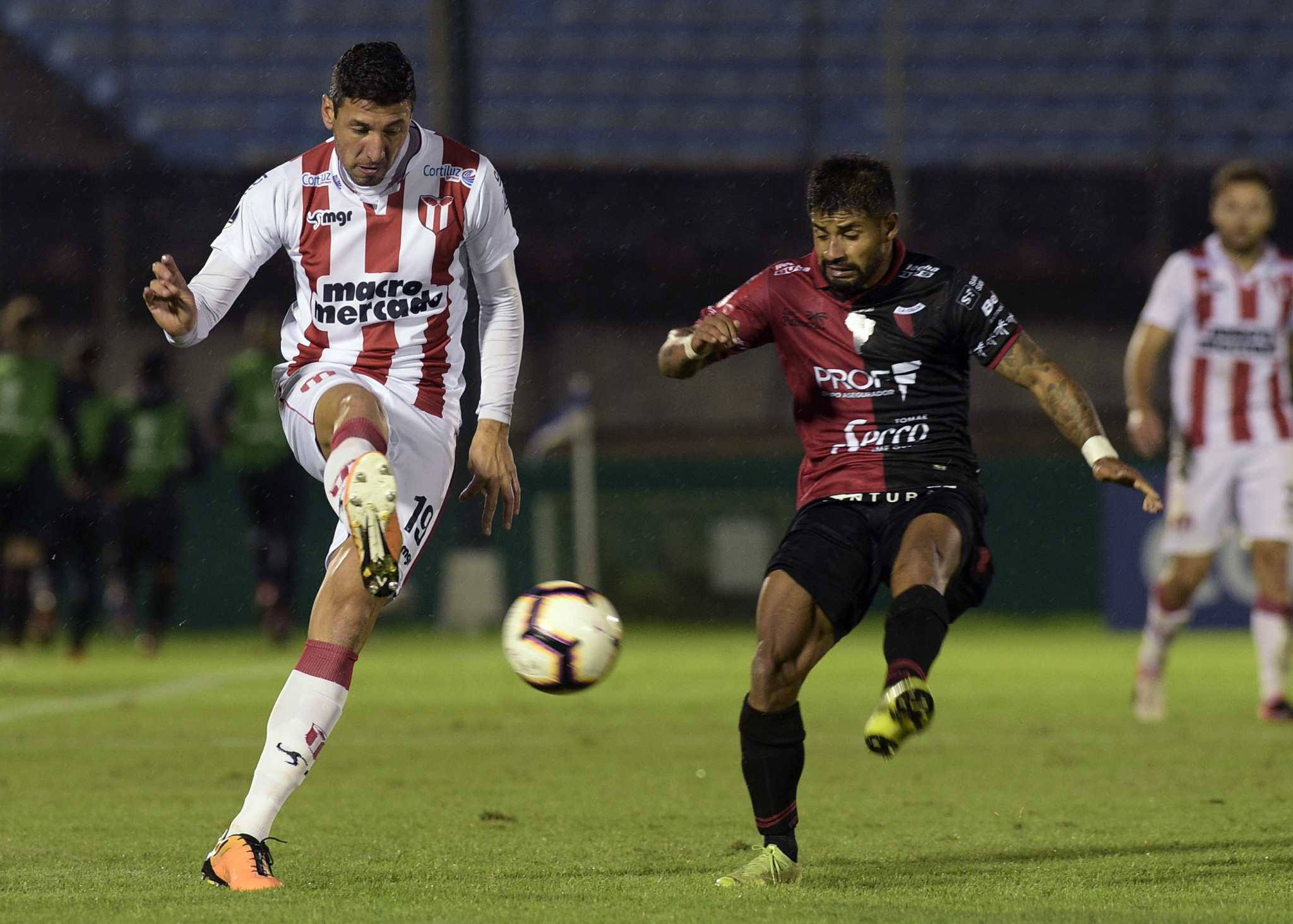 The 38-year-old’s table features his name and shirt number, as well as the badges of the teams he has played for during his career.

It includes the crest of the Montevideo-based River Plate, who play in the top division in Uruguay.

Olivera says he plays with team-mates prior to training and has developed a formidable partnership with Matías Alonso.

"Before we played with a small table,” Olivera told Ovacion Digital.

"We modelled it with a friend, making some prototypes.

"The only issue is that it is super heavy, but between four we move it.

"We use it before we enter the gym.

"It can also be used outdoors.”

Brazilian star Ronaldinho is already a famous "teqer" and President of the Brazilian Teqball Federation, while the likes of Lionel Messi and Neymar have tables in their back gardens.

English Premier League clubs, such as Arsenal and Manchester United, have also embraced the sport in training as it is said to help players enhance their skills and ball control.

Atlético Madrid and Portugal forward João Felix is among the other high-profile names who have declared their love for teqball along with Manchester United and England players Jesse Lingard and Marcus Rashford.

Since its invention in Hungary in 2014, teqball has grown to be played in 66 different countries and achieved official recognition from the Olympic Council of Asia and the Association of National Olympic Committees of Africa.

The International Teqball Federation has a long-term goal of inclusion at the Olympic Games across both the doubles and singles formats of the game.