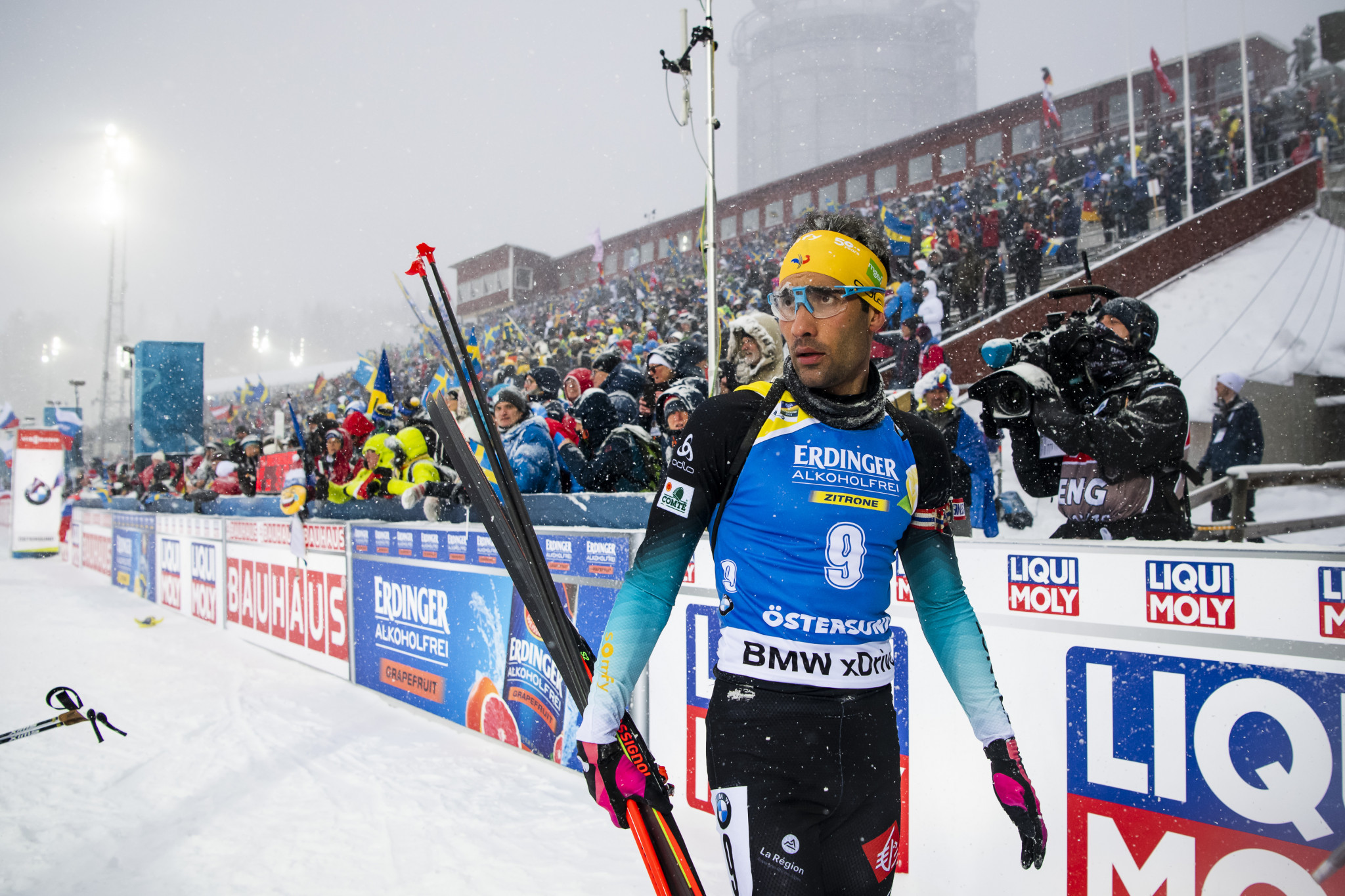 Five-time Olympic biathlon gold medallist Martin Fourcade has been put forward as the French candidate for election to the International Olympic Committee (IOC) Athletes' Commission in 2022.

Fourcade was proposed ahead of pole vaulting star Renaud Lavillenie by the French National Olympic and Sports Committee (CNOSF) at a meeting this week.

Lavillenie, pole vault gold medallist at London 2012 and the world indoor record holder, had hoped to stand in the IOC Athletes' Commission election due to be held at next year's Games in Tokyo.

But the CNOSF has put forward Fourcade, delaying proposing a French candidate until the vote at the 2022 Winter Olympic Games in Beijing.

"I have a sense of responsibility more than victory," Fourcade, an 11-time world champion, told L'Equipe.

"I am happy and proud to have been chosen; it is a very big mark of confidence on the part of a representative panel of French sport and its authorities.

"I also feel a sense of responsibility vis-à-vis Renaud Lavillenie, who will not be a candidate."

France will lose its representative on the IOC Athletes' Commission when Paris 2024 President Tony Estanguet's eight-year term concludes at the end of Tokyo 2020.

Lavillenie was keen to be proposed for next year's election, where four spots on the Athletes' Commission will be filled, but lost out to Fourcade in a two-horse race.

Athletes in summer sports can only stand for election during the Summer Olympics and the same rule applies for Winter Olympic competitors.

Two athletes from the same country cannot sit on the Athletes' Commission at the same time.

The IOC has set a deadline of Monday (September 9) for competitors to submit candidature for election to the Athletes' Commission at Tokyo 2020.

Four athletes from four different summer sports will be elected by secret ballot and automatically become members of the IOC.

Australia's James Tomkins, Estanguet and Sweden's Stefan Holm will all stand down permanently as they are not active athletes.

Chairperson Kirsty Coventry is eligible to stand for re-election as she competed at Rio 2016, but it is not clear if she will do so.