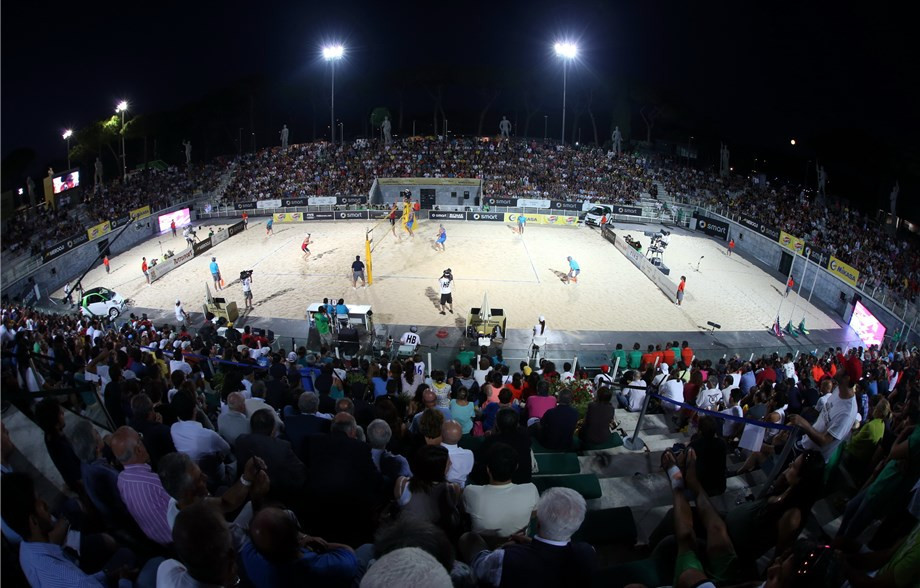 The 2018-2019 International Volleyball Federation (FIVB) Beach World Tour season is set to come to an end this week, with Rome hosting the Finals.

The FIVB Beach World Tour is returning to the Italian capital and the Foro Italico for the first time since June 2013.

It will be made up of 32 teams, split into eight groups of four per gender.

Top-three finishers in each pool will advance to the 24-team elimination brackets, with the group winners netting a bye into the round of 16.

The men's and women's last eight and semi-final matches are on Saturday (September 7), followed by the podium-placement contests on Sunday (September 8).

One team that competed in the Rome title matches in 2013 is in the field for the 2019 FIVB World Tour Finals, men's runners-up Aleksandrs Samoilovs and Jānis Šmēdiņš of Latvia.

The duo, who have won their last two FIVB events in Russia's capital Moscow and Latvian city Jūrmala, respectively, will start play in the qualifier tomorrow needing a pair of wins to advance.

Dalhausser, who captured his first Rome title in 2010 with Todd Rogers, is playing with Nicholas Lucena this season.

Ross and Alexandra Klineman are paired together for the 2019 FIVB World Tour Finals, and are coached by Kessy.

Talita and Taiana, meanwhile, lost 21-16, 11-21, 11-15 to compatriots Barbara Seixas De Freitas and Fernanda Alves in today's country quota for Brazil and will go no further in the tournament.

Home fans will be pinning their hopes on the Italian pairings of Daniele Lupo and Paolo Nicolai and Marta Menegatti and Viktoria Orsi Toth.

Lupo and Nicolai rank as the most successful Italian team ever on the FIVB Beach World Tour.

The duo have captured three international beach volleyball titles together with 21 podium placements, 24 semi-final finishes and a silver medal at the Rio 2016 Olympic Games.

A two-time Olympian, Menegatti has been the most successful Italian women’s player on the FIVB circuit with 14 podium placements and 22 semi-final finishes with Orsi Toth and Greta Cicolari.

Menegatti and Orsi Toth have teamed up for seven medals and 11 last-four appearances.