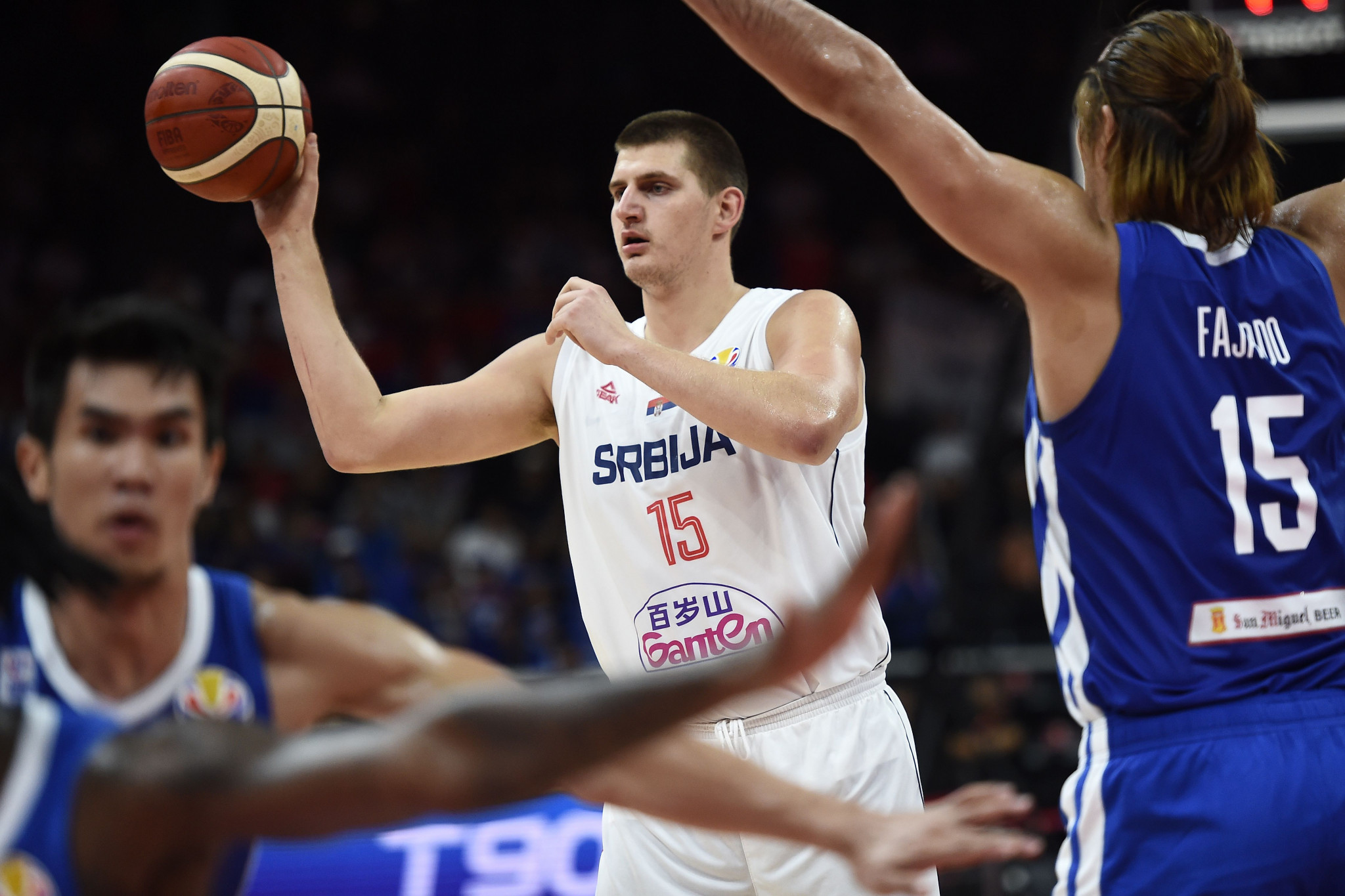 Six countries booked their place in the second group phase of the International Basketball Federation World Cup on day three of the tournament in China.

The sextet sealed their passage after the second round of fixtures in the opening Groups A, B, C and D.

Serbia, the runners-up behind United States at the last World Cup in Spain in 2014, were among those to advance as they thrashed Philippines 126-67 at the Foshan International Sports and Cultural Center.

"Our players did their job," said Serbia coach Sacha Djordjevic, after guiding his side to a second win in as many games.

"The next game is going to be the more crucial one, so we're preparing our players for that.

"Bjelica coming back is also a very good sign for us."

Italy also qualified from Group D thanks to their second win, a 92-61 success over Angola.

In Group B at the Wuhan Gymnasium, Russia and Argentina both recorded their second victories to go through.

The Russians got past South Korea 87-73 with the South Americans proving too strong for Nigeria, recording a 94-81 victory.

"We knew that it was going to be fast paced.

"We needed to stop their first breaks.

"We did a great job by listening to the coaches.

"Their three-pointer shooting was not good.

"We controlled the game."

In Group C, Olympic bronze medallists and 2006 world champions Spain defeated Puerto Rico 73-63 at Guangzhou Gymnasium to book their place in the next stage.

Tunisia knocked out Iran by claiming their first win, 79-67, and will now face Puerto Rico for the right to join the Spanish in going through.

Poland got through in Group A as they registered their second victory.

The Chinese and Venezuela both sit on a record of won one, lost one after the South Americans subjected Ivory Coast to a second defeat today with an 87-71 success.

The top two sides in each group will advance to the second group phase.