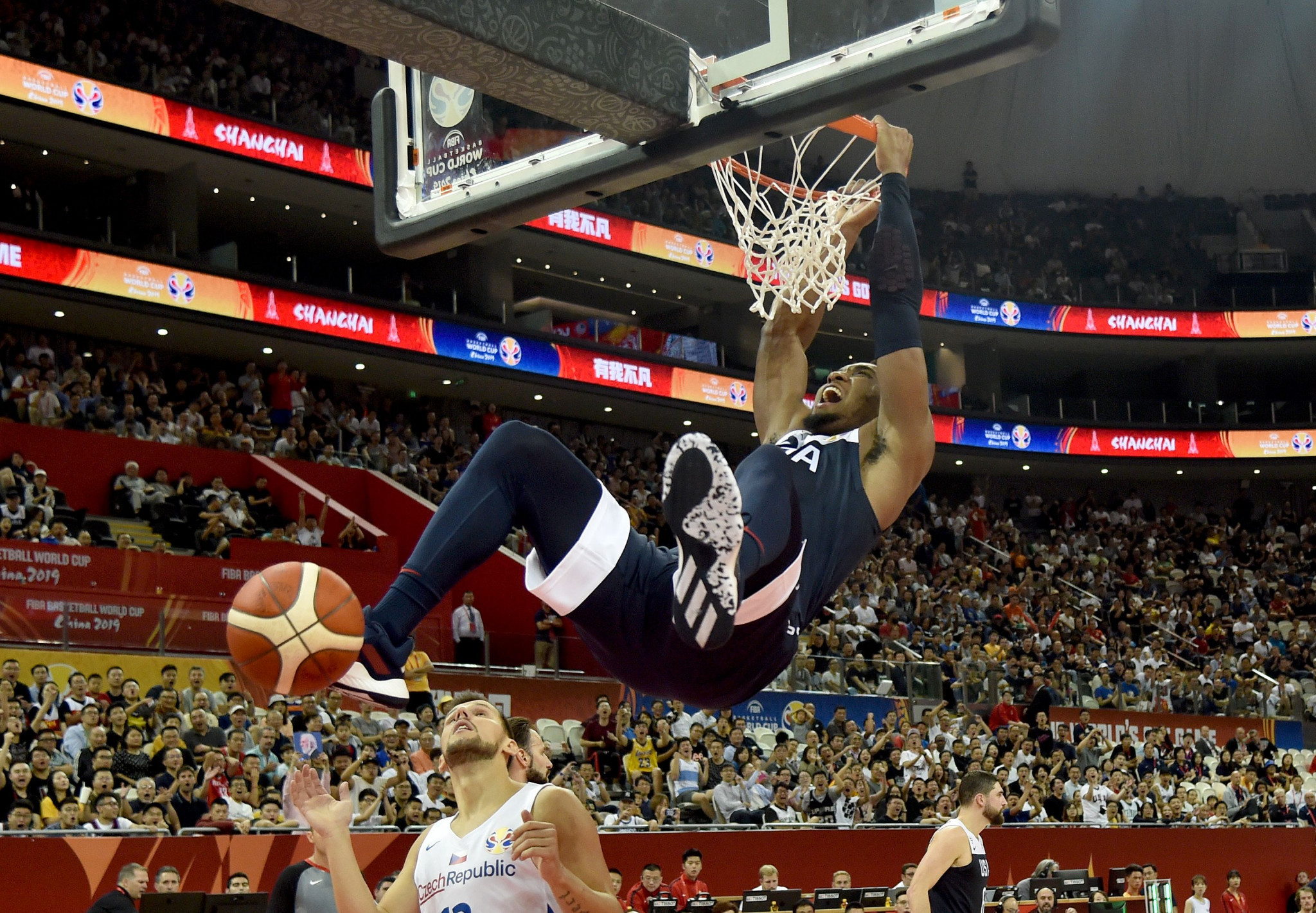 Donovan Mitchell led the American scoring charts with 16 as the winners of the last three Olympic gold medals kick-started their tournament in China in comfortable fashion.

Harrison Barnes added 14 points as the US opened up a 17-14 lead by the end of the first quarter at the Shanghai Oriental Sports Center.

"That's how we look at each of these games, to try to be the best team that we can be – and we've got a ways to go, but we are willing."

In the other Group E game played today Turkey, who lost the 2010 final to the US when they hosted the tournament, saw off Tokyo 2020 Olympic hosts Japan 86-67.

Group F at the Nanjing Youth Olympic Sports Park Gymnasium saw Brazil open up with a 102-94 success over New Zealand.

Greece also began in winning fashion as they saw off Montenegro 85-60.

The French opened the game by scoring 14 points without reply which proved crucial in the final reckoning.

"We were very impressive in the first eight minutes.

"For sure they could have scored a basket, but I think there was not one easy shot during those moments."

Dominican Republic defeated Jordan 80-76 in the group's other game.

There was also a 108-92 victory for Australia over Canada.

The second matches in Groups A, B, C and D will be played tomorrow.

Countries finishing in the top two of their group will go through to the second round.