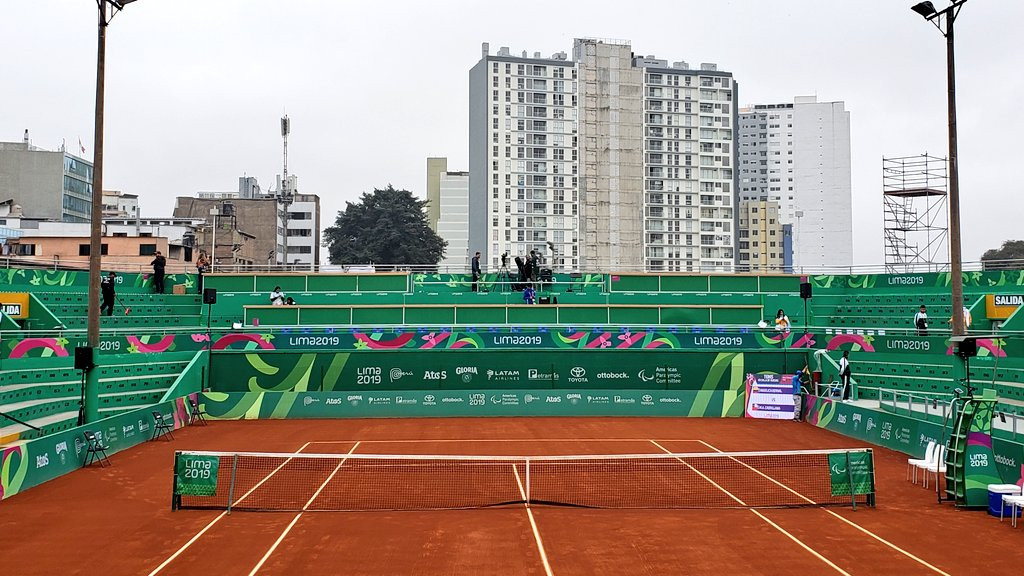 Bernal followed up her semi-final win over the United States' Dana Mathewson on Tuesday (August 27) by triumphing 6-2, 6-2 at Club Lawn Tennis.

Both achieved Parapan American records, with 103.23kg and 120kg, respectively.

In swimming, 12-year-old Colombian Sara Vargas Blanco was among the stand-out performers.

Relive the best moments on this eighth day of competition! 🥇 🥈 🥉 😱 Visit our gallery 👉🏽 https://t.co/zd6F8Of4eS and enjoy the highlights of the #Lima2019 Parapan American Games 🤩👏🏼@ParalympicsAPC_ pic.twitter.com/ScnOB5YRYF

Vargas Blanco came out on top in a Parapan American record time of 1 min 33.03sec, with Mexico's Vianney Trejo Delgadillo second in 1:35.85 and Canada's Myriam Soliman third in 1:44.76.

"The truth is I don’t think about the age, only about how much I’ve practised to be here," Vargas Blanco, also a silver medallist in the women's 400m freestyle S6, said.

"It’s never too early or too late to dream big.

"I didn’t really expect to win this event because it was one of my worst strokes and I was second during almost the whole race."

Colombia took a further two gold medals on day five of swimming action, including a third victory for Paralympic champion Carlos Serrano Zárate, this time in the men’s 50m butterfly S7 in a Parapan American record time of 30.05.

Argentina also had plenty to celebrate.

Brazilian swimmers had their best day so far in Lima, with 10 gold medals.

Daniel Dias increased his Parapan American Games medal tally to 32 after his win in the men’s 50m butterfly S5 in 36.31.

The Rocha Matera family was responsible for two of the Brazilian titles.