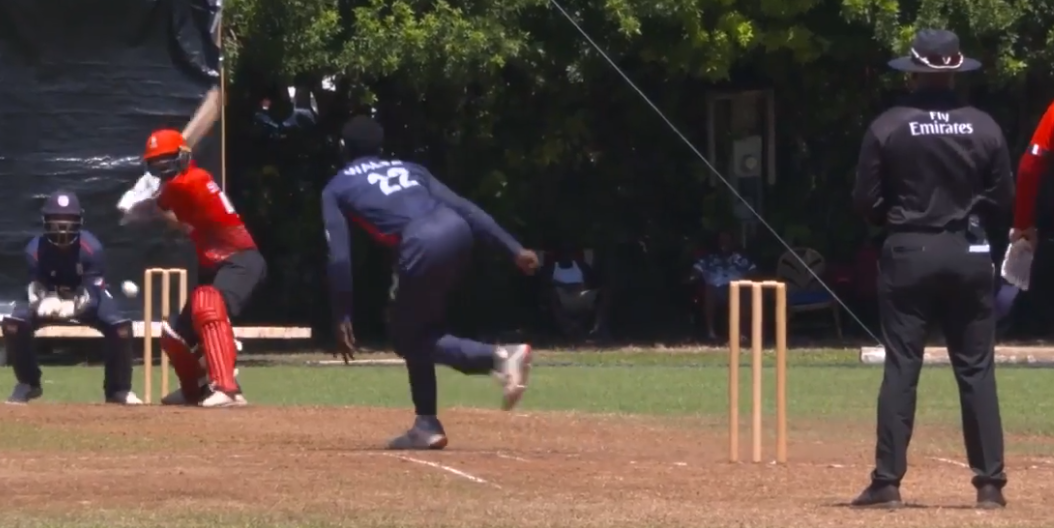 Canada defeated the United States for the second time to confirm themselves as winners of the International Cricket Council (ICC) T20 World Cup Americas Regional Finals.

They won by 15 runs at White Hill Field in Sandys Parish in Bermuda and finish the event at the top of the four team double round-robin group.

Both Canada and Bermuda achieved the main objective from the tournament – finishing in the top two to earn a place at the ICC Twenty20 World Cup qualifier – with two rounds of fixtures to spare.

Finishing top of the group was still up for grabs and the Canadians put themselves in pole position to do just that with their eight wicket win over Bermuda yesterday.

Their latest success has seen them end the event with five wins from six matches, and 11 points.

They only failed to win in their first match with Bermuda when no result was possible due to rain.

Bermuda subjected Cayman Islands to a sixth defeat from six today as they triumphed by six wickets.

They ended on nine points with the US on four.

Canada were asked to bat by the Americans and posted 173-8 as Ravinderpal Singh, who hit a superb century against the Cayman Islands earlier in the tournament, blasted 67 from 33 balls.

In reply the US were restricted to 158-8 as slow left-armer Saad Bin Zafar led the Canadian bowlers with 3-34.

Jasdeep Singh top-scored for the US with 31 before being run out.

Cayman Islands elected to bat against Bermuda and were bowled out for 114.

Allan Douglas claimed superb bowling figures of 5-14 after just 2.2 overs and then top-scored with the bat, ending unbeaten on 47 in an excellent man-of-the-match display as the target was easily chased.

The ICC Twenty20 World Cup qualifier will be held in United Arab Emirates in October and November.

It will offer six places for the 2020 ICC T20 World Cup in Australia.