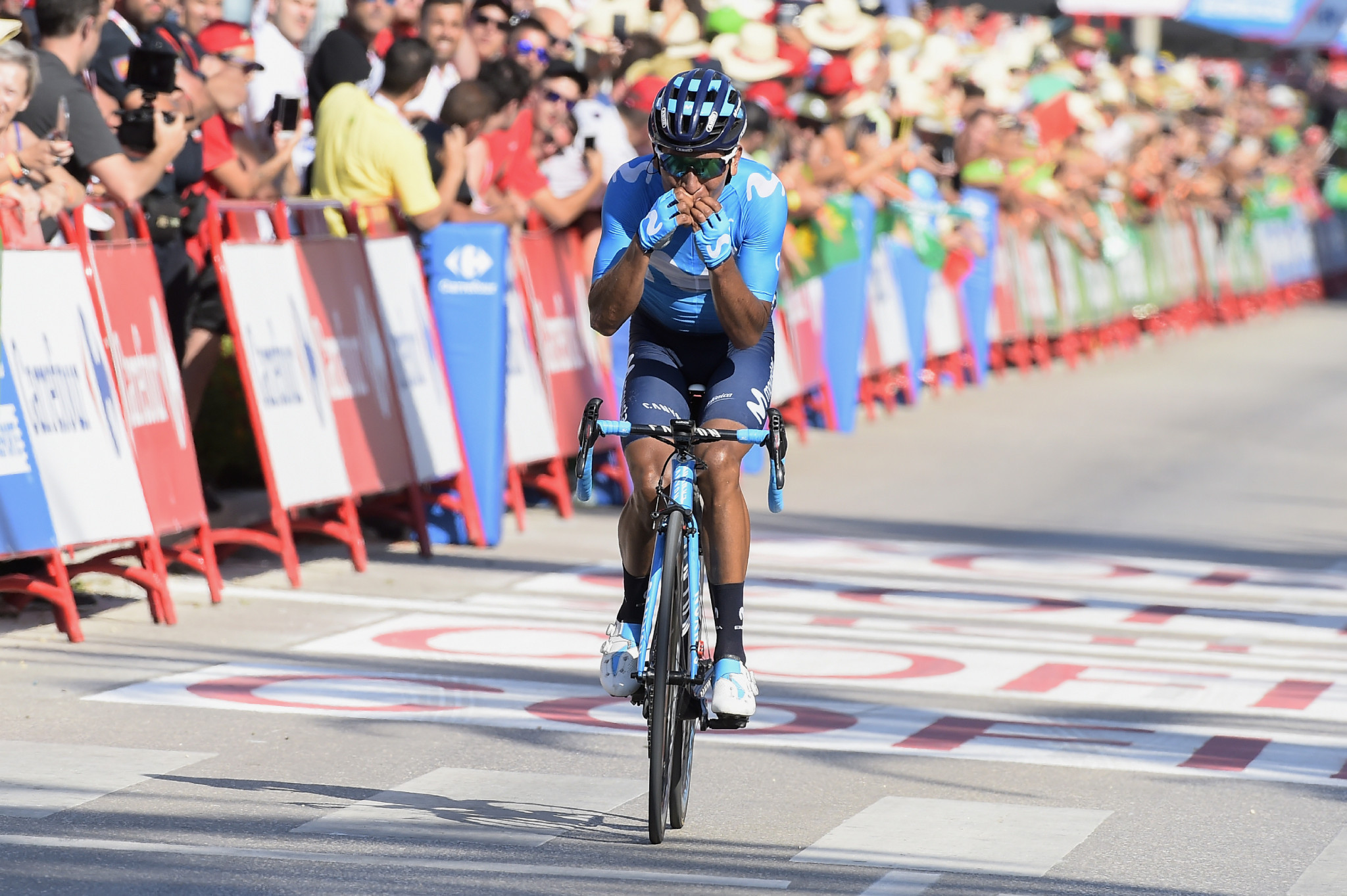 Colombia’s Nairo Quintana secured a solo victory on the second stage of the Vuelta a España, as Nicolas Roche moved into the race lead.

The stage had been expected to conclude in a bunch sprint, despite several climbs on the 193 kilometre route from Benidorm to Calpe.

Quintana featured as part of a leading group of six riders which broke away with 20km to go, as they sought to defy pre-stage predictions.

The Colombian, who rides for Movistar, then attacked from the group in the final 3km to chase the stage victory.

He was chased by Team Sunweb’s Roche, but the Irish rider ultimately fell short in his efforts to close the gap.

Quintana crossed the line in a winning time of 5 hours, 11 min and 17 sec, adding to the stage win he earned at the Grand Tour back in 2016.

He finished five seconds clear of Roche, who ended as the runner-up.

Roche was rewarded for his efforts by moving into the overall race lead.

The Team Sunweb rider holds a two second lead over Quintana, with Colombia’s Rigoberto Uran eight seconds behind in third.

Spain’s Mikel Nieve is fourth at 22 seconds down, while overnight leader Miguel Angel Lopez of Colombia is now 33 off the pace.

The International Cycling Union WorldTour race continues tomorrow with a 186km stage from Ibi to Alacant.