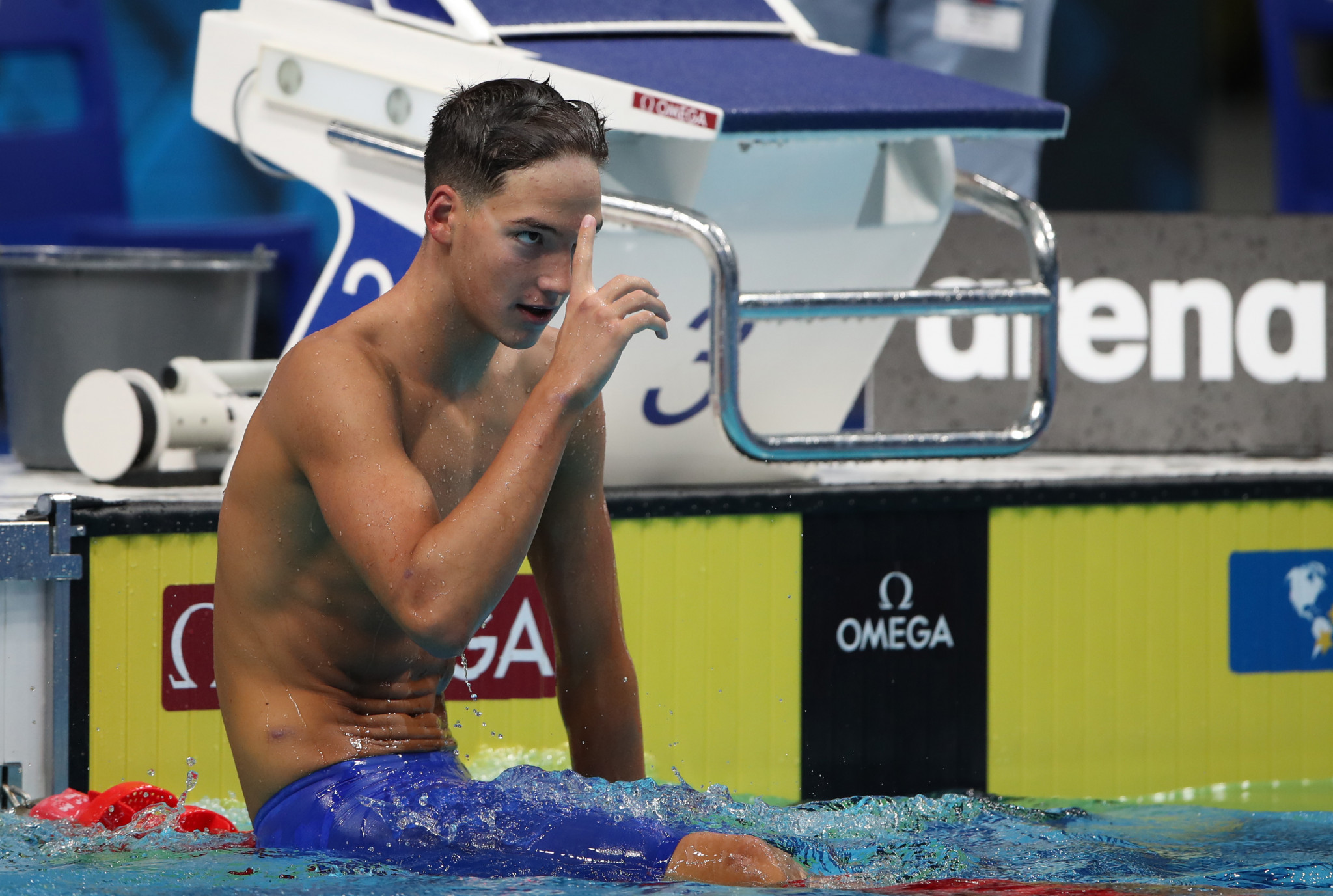 Mack Horton had set the previous record at 14min 51.55sec in April 2014 but Grgić knocked five seconds off that time at Duna Arena in Hungary's capital city.

Thomas Neill of Australia finished second in 14:59.19 as Russian Ilia Sibirtsev completed the podium in 15:05.17.

Wyatt Davis won the men's 200 metres backstroke title as he secured a medal of every colour.

The American had already won silver and bronze medals at the Duna Arena and he stormed back through the field in the final 50m to win gold in the 200m backstroke final.

Torris Huske and Gretchen Walsh added to the US' medal trove.

Teammate Claire Curzan was third in 58.37, with Belarussian Anastasiya Shkurdai splitting the duo for silver in 57.98.

Walsh clocked 24.71 to touch out countrywoman Maxine Parker by 0.04 to seal gold.