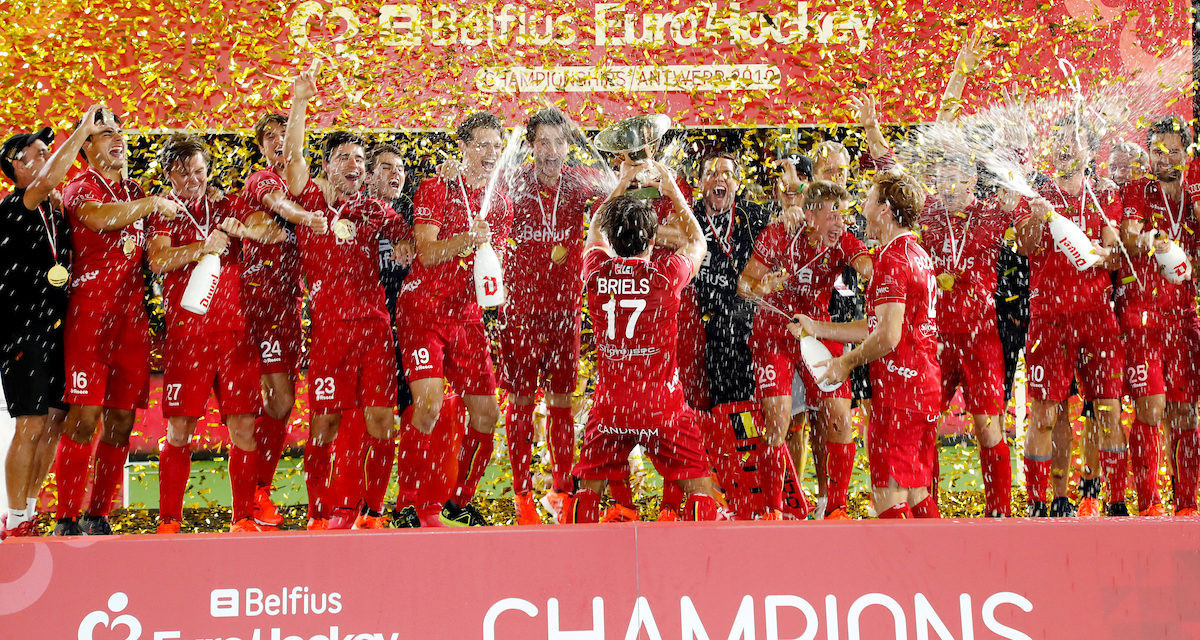 World Cup winners Belgium clinched their maiden Men's EuroHockey Nations Championship with a comfortable 5-0 victory over Spain in a one-sided final in Antwerp.

The hosts were in ruthless form and were too strong for their Spanish opponents, who were competing in their first final at the event since 2007.

John-John Dohmen, Florent van Aubel, Tom Boon, Manu Stockbroekx and Alexander Hendrickx got on the scoresheet as Belgium eased to victory in front of a home crowd at Wilrijkse Plein.

The Netherlands earned the bronze medal by defeating Germany 4-0.

Belgium made a strong start to the final and went ahead through Dohmen, who guided in Victor Wegnez's cross.

The hosts were rampant in the second quarter as they extended their lead from one to four.

Van Aubel doubled their advantage six minutes later before Boon picked out the top corner with a drag-flick shortly after.

Spain began to fight their way back into the contest but could not breach a stern Belgian defence and the home side went 4-0 in front thanks to Stockbroekx.

Hendrickx put the gloss on a resounding display in the 39th minute with his team's fifth to ensure the European title was heading to Belgium for the first time.

"It was a perfect tournament for us, to win the home tournament for the first time in front of our home country is something you just dream of,” said Belgian coach Shane McLeod.

"The players have played for years and never got a real chance to hold up that trophy so it is a really special moment.”