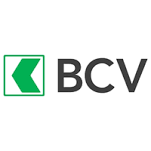 Vaud Cantonal Bank (BCV) has been announced as a sponsor of the Lausanne 2020 Winter Youth Olympic Games.

Lausanne 2020 confirmed the partnership with the bank, with the organising committee asserting that BCV were now supporting a world-class event, organised for the youth by the young people of the region.

"I would like to thank BCV for their support and their trust,” said Ian Logan, Lausanne 2020 chief executive.

"It is always a great pleasure to see that leading organisations in Switzerland are actively involved in such projects for the youth and contribute to the development of sport in our regions.

"It also gives us great confidence in the pursuit of our mission, which is to create new talents and vocations.

"I am truly delighted with this prestigious partnership."

Sport is viewed as an important part of the BCV's sponsorship policy, with the bank having supported several local teams in the Swiss canton.

It includes long-term backing of the Lausanne Hockey Club, which began in 1987.

The bank has sponsored the Football Club Lausanne-Sport, a team in the Swiss second division, since 2011.

Financial support has also been given by BCV to young athletes training at the Cantonal Football Association of Vaud.

Further backing has been provided to the Mérite Sportif Vaudois sport awards and Fondation d'Aide aux Sportifs Vaudois, a foundation aimed at providing support to athletes in the canton.

Local events have also benefited from BCV, including the annual Lausanne 20 kilometre run.

BCV chief executive Pascal Kiener has welcomed the opportunity to assist with the organisation of the Winter Youth Olympic Games.

"As the leading bank in Vaud Canton, we are pleased to help support the 2020 Youth Olympic Games, an event that gets young people involved in the Olympic Movement and which is held in Lausanne, home to the International Olympic Committee," Kiener said.

"Young people are important to us at BCV.

"We offer them an array of banking services tailored to their needs and budgets.

"We also play an educational role, employing around 100 students and trainees every year.

"And through our sponsorship programme, we support many of the sporting, cultural and social events that are so popular among Vaud's young people."

The Winter Youth Olympic Games will take place from January 9 to 22.