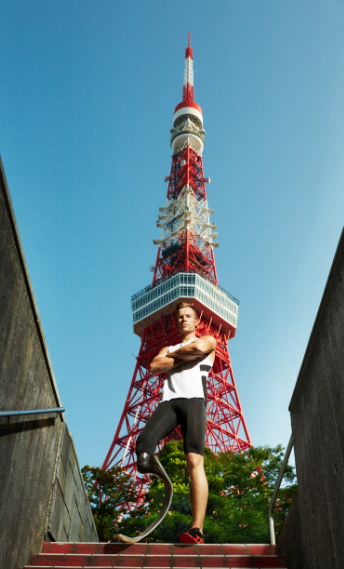 Germany's Markus Rehm will attempt to break his own world record in the long jump tomorrow to mark one year to go until the start of the 2020 Paralympic Games in Tokyo.

The three-time Paralympic gold medallists aim to break his current T64 world record jump of 8.48 metres in a special event on August 25 - exactly a year before the start of the Paralympics in the Japanese capital.

Rehm, winner of the gold medal at London 2012 and Rio 2016, will make the attempt in front of Tokyo Tower in the centre of the city.

The 30-year-old has also featured in adverts promoting the Games with one year to go, posing in front of the Tower where he is set make his attempt to break the record.

Rehm had his right leg amputated below the knee when he was 14 following a wakeboarding accident.

"I am very honoured to be selected as the first athlete for the campaign, the result is amazing!" Rehm, who also won a Paralympic Games gold medal in the T42-47 4×100 metres relay, said.

"I hope that many people will see the visual and will come to the stadium with their family and friends for what will be a historic Paralympic Games event.

"Only one year to go to the Games, so I am absolutely excited!”

In 2020, Tokyo will become the first-ever city to host the Paralympic Games twice, having previously held the 1964 event.

Tickets for the Paralympics went on sale on Thursday (August 22).