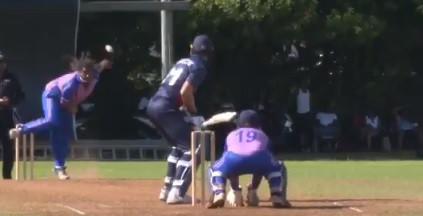 Bermuda beat the United States for the second time in the space of five days to join Canada in securing a place at the International Cricket Council (ICC) Twenty20 World Cup qualifier.

The hosts overcame the US by four wickets at the Americas Region Final in Hamilton to move a step closer to reaching next year's World Cup in Australia.

Bermuda's win also sent Canada through to the global qualifier, in the United Arab Emirates in October and November.

Bermuda and Canada, who sealed the final two places at the tournament, will go up against hosts the UAE, Scotland, Netherlands, Hong Kong, Oman, Ireland, Papua New Guinea, Kenya, Namibia and Jersey.

Six spots at next year's Men's T20 World Cup will be on offer at the event in the UAE.

The US, needing to win to stand any chance of progressing, batted first and posted a challenging 141-9 from their 20 overs.

Opener Onais Bascome led the reply for Bermuda as he hit 35, and middle-order runs propelled them to the target with seven balls to spare.