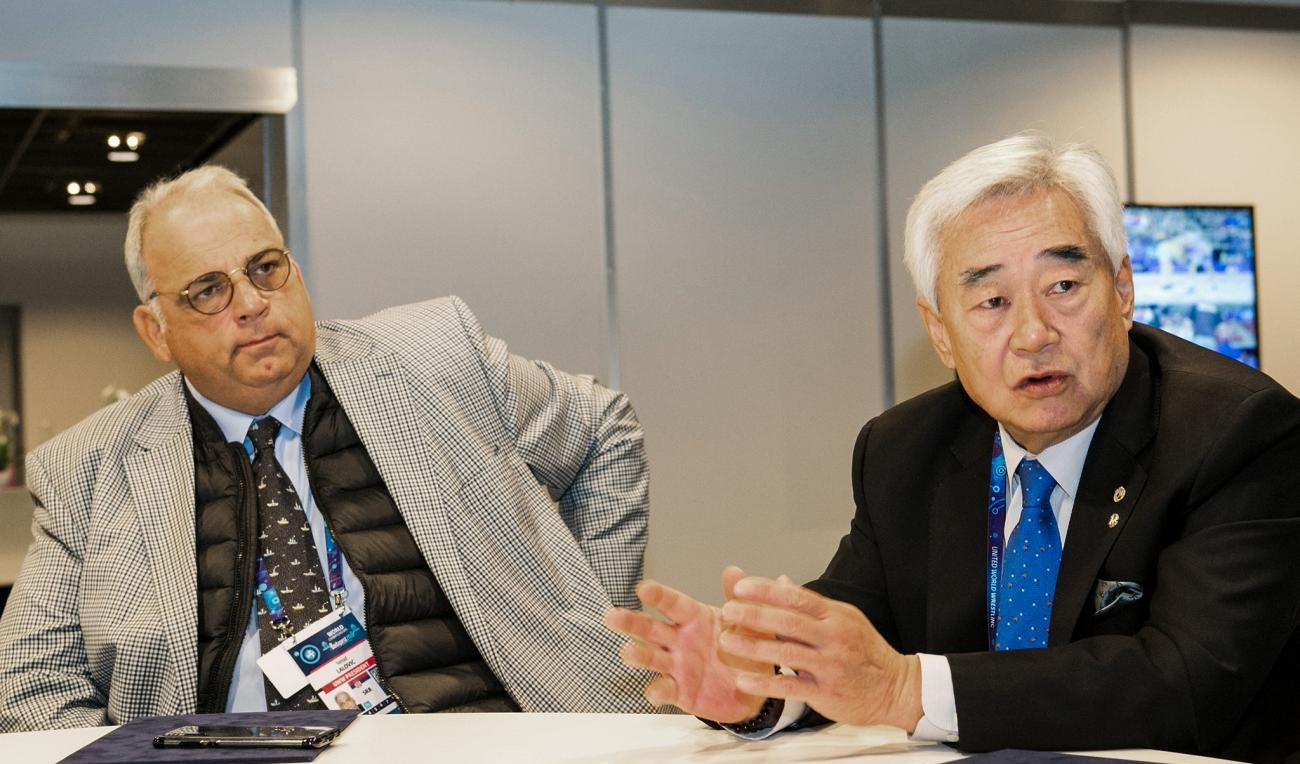 The event was said to be a "tangible outcome" of the MoU signed between the three parties in October 2018 to promote humanitarian, peace and social-development supporting initiatives.

"Aspire 2gether for Peace" saw UWW unite with World Taekwondo and the THF to deliver wrestling training to refugees at the existing Humanitarian Taekwondo Center.

Reflecting on the event, Lalović claims it demonstrates the MoU is having a visible impact.

"We are delighted to have joined forces with World Taekwondo and the Taekwondo Humanitarian Foundation to show that our MoU was not just words, but the start of a real and tangible partnership which will benefit refugee children around the world," the Serb stated.

Choue delivered an opening address before an existing taekwondo team from the Azraq refugee camp performed a demonstration.

That was followed by a wrestling demonstration by the UWW ambassadors and four local athletes.

Wu and Abughaush, and Julfalakyan and Chun, then delivered taekwondo lessons and wrestling lessons, respectively, to refugee children.

UWW says it is committed to making a long-term contribution to improve the lives of the refugee children in Azraq.

Together with the Jordan Olympic Committee and Jordan Wrestling Federation, four local coaches will be running a six-day per week schedule to provide wrestling lessons to children currently living in the camp.