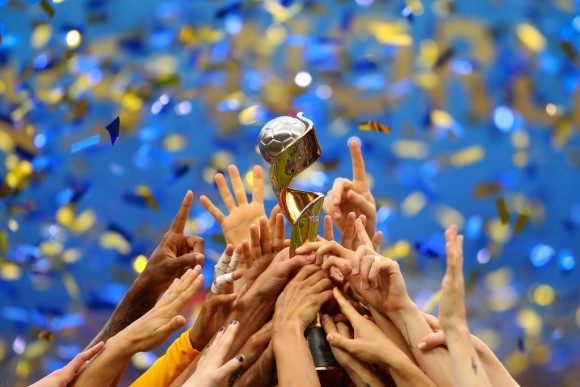 The Royal Belgian Football Association (RBFA) is not looking to host the 2023 FIFA Women's World Cup, despite world football's governing body claiming the country had become the 10th member association to express interest in staging the event.

As reported by The Brussels Times, RBFA spokesman Stefan Van Loock has suggested that FIFA's announcement could be misinterpreted and that any bid for the Women's World Cup would be further down the line.

"What is correct is that we have asked for information on the specifications, application criteria and needs necessary for such an organisation, but for information purposes and certainly not for the 2023 edition," Van Loock said.

"If we had to apply, it would be for a later edition, but this is far too early."

It follows the unanimous decision by the FIFA Council, announced on July 31, to increase the number of teams taking part in the FIFA Women's World Cup from 24 to 32 as of 2023, and the subsequent reopening of the bidding process.

"FIFA has received an additional expression of interest from the Belgian Football Association," FIFA said.

"This means that a total of 10 member associations have expressed interest in hosting the event – an unprecedented number."

All 10 member associations have received the bidding process overview, including updated high-level hosting requirements, and will have until September 2, 2019, to confirm participation.

Any member association wishing to join an existing bid will be permitted to do so, provided it also submits a bidding registration to FIFA.

A day after the September 2 deadline, FIFA is due to dispatch the bidding and hosting documents to bidding member associations.

The deadline for the submission of bid books, signed hosting agreements and all other hosting and bidding documents to FIFA, is December 13.

Official FIFA inspection visits are expected during January and February 2020, with the host(s) scheduled to be appointed in May 2020.

"As was the case for the FIFA World Cup 2026 bidding, FIFA will implement a fair and transparent process, which will include a clear evaluation model, as well as a concrete commitment to sustainability and human rights," the FIFA statement added.

"All bid books will be published in full on FIFA.com in December 2019."

Australia and Brazil confirmed earlier this month that their respective bids for the 2023 FIFA Women's World Cup are unaffected by the expansion from 24 to 32 teams.

It is feasible countries may have to drop out of the race owing to the additional pressure of eight extra teams.

But Football Federation Australia was the first to reiterate its intention to stage the event, while the Brazilian Football Confederation has also confirmed it can host a 32-team tournament.

The 32 nations will be split into eight groups of four at the finals, mirroring the format of the men's FIFA World Cup between 1998 and 2018.

United States is the current women's world champions after defeating The Netherlands 2-0 in the final in France last month.

France 2019 was the eighth edition of the tournament, first held in China in 1991.