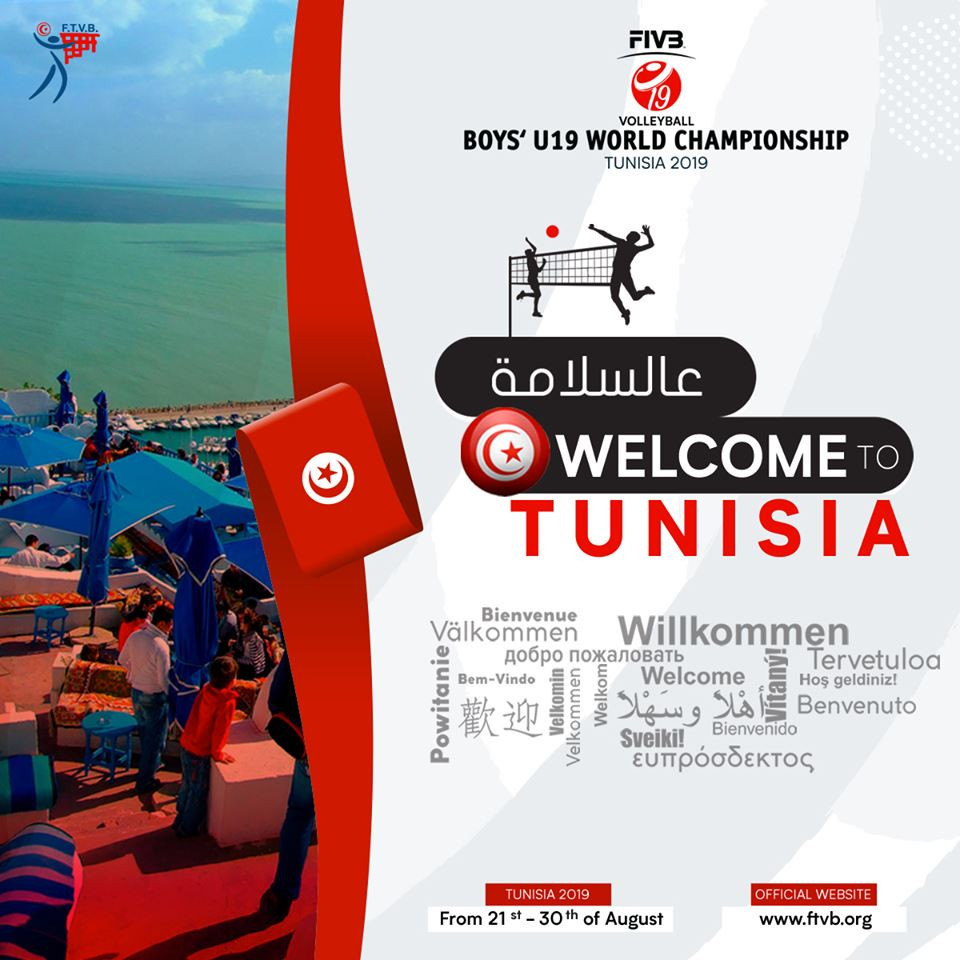 Hosts Tunisia will collide with record-winners Brazil at the International Volleyball Federation Boys' Under-19 World Championship which gets underway tomorrow.

Twenty countries have gathered in all for the age-group event in Tunis, with matches to be played at the Salle Polyvalente Radès.

Brazil have won the tournament six times but not since 2003 and they have not reached a final since 2005.

They have been seeded seventh and will play in Pool A with the hosts, North American youth champions Cuba, Chinese Taipei and Belarus.

Defending champions and top seeds Iran have been placed in Pool B as they bid for a third title in all.

Pool C features second seeds Japan, the Asian under-18 champions who won bronze at the last Under-19 World Championships in Riffa in Bahrain in 2017.

The Russians are hoping for a fourth title while the Koreans lost the bronze medal match to Japan in Bahrain.

The top four teams in each group will all advance to the last-16 of the tournament.

Matches will be held in every pool tomorrow with the Tunisians beginning against Cuba and Chinese Taipei meeting Belarus.

In Pool B, Bulgaria will play Italy with Czech Republic clashing with Colombia, while in Pool C Mexico will meet Argentina and Egypt will do battle with Germany.

Dominican Republic will lock horns with the US in Pool D where South Korea will meet Nigeria.

The final is scheduled for August 30.