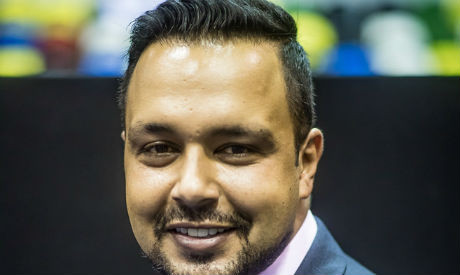 Egypt's Mohamed Shaaban has earned a second two-year term as the chairman of the World Taekwondo Games and Equipment Committee.

As reported by Ahram Online, it means he will become the first Egyptian to supervise an Olympic Games competition when he does so at Tokyo 2020.

Shaaban secured his first term in 2017, becoming the first African to head the Games and Equipment Committee.

He is a former player at Al Zohour Club and was a member of the Egyptian national team from 1996 to 2004.

Shaaban begun his administrative career at the Egyptian Taekwondo Federation in 2012.

He then served as the national teams' director, a role he held when Hedaya Malak won a women's 57 kilograms bronze medal at the Rio 2016 Olympics.

Malak was beaten by eventual silver medallist Eva Calvo Gómez of Spain in the semi-finals before defeating Belgium's Raheleh Asemani in one of the two bronze medal matches.

When contacted by insidethegames for comment, World Taekwondo said it will officially publish news of all Committee chair appointments in due course.