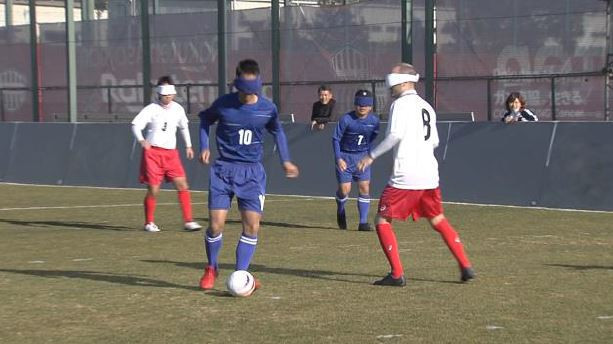 In the "Experience the Unbelievable" video, Iniesta, winner of the FIFA World Cup with Spain in 2010, is seen playing soccer blindfolded alongside members of Japan's football five-a-side team.

The Tokyo 2020 video sees Iniesta struggle to get to grips with his new experience as he is assisted by Japanese captain Ryo Kawamura.

For Iniesta, who captains Vissel Kobe in the J1 League, the video was a worthwhile exercise.

"It was an amazing experience for me because I could spend time with these guys and see the great work they’re doing," he said.

"It was really complicated to do.

Football five-a-side is played by athletes with a vision impairment using a ball with a noise-making device inside.

Teams consist of four outfield players and one goalkeeper who can be fully- or partially sighted.

During play spectators are asked to remain silent, with players relying on silence to hear the ball moving.