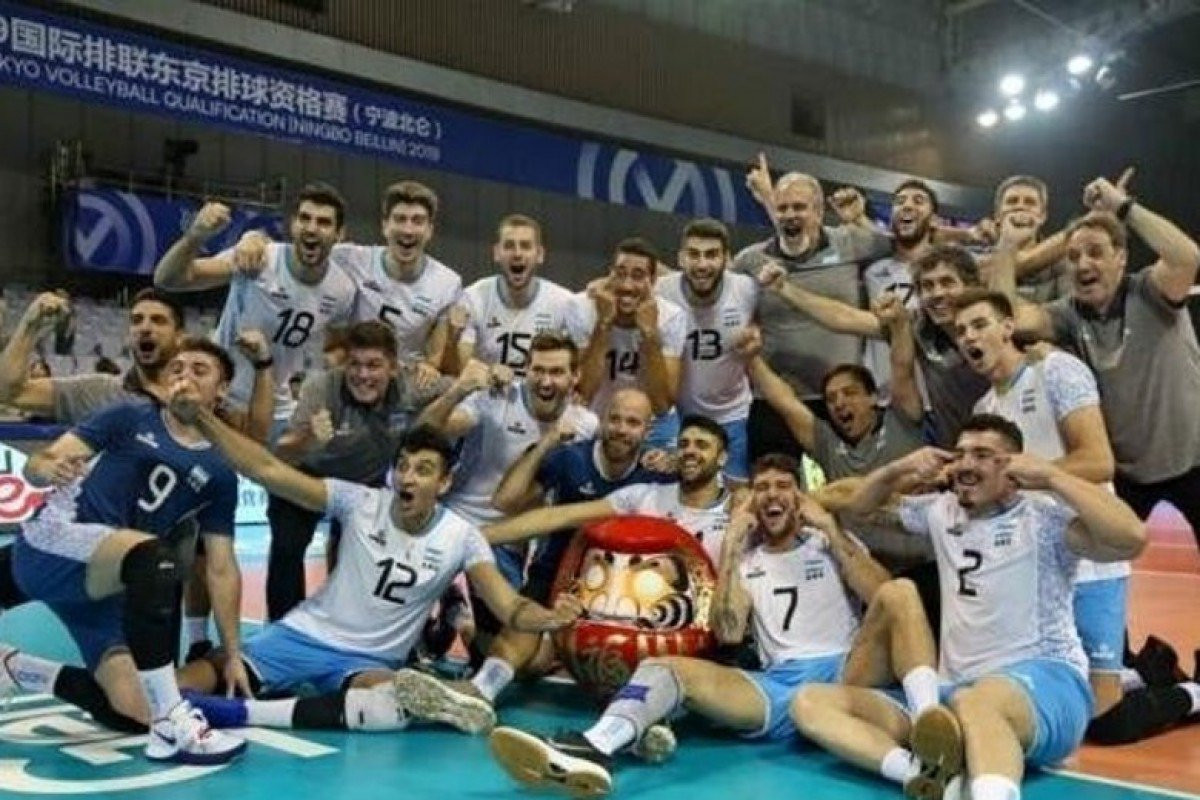 Argentina's men's volleyball team has been accused of "inappropriate and culturally insensitive" behaviour by the International Volleyball Federation (FIVB) after several players made "slant-eyed" gestures following their victory over China at the Olympic qualification tournament.

Images show some of the Argentinian players making the gesture after they defeated China at the FIVB Men's Volleyball Intercontinental Olympic Qualification Tournament in Ningbo to secure a place at Tokyo 2020.

In a statement, the FIVB confirmed it was aware of the incident and revealed it was "urgently seeking an explanation" from the Argentinian National Federation to "ensure that all involved understand that their actions have already caused great offence, even if there was no such intention to do so".

"The FIVB has seen the photographs of the Argentinian men's volleyball team celebrating their victory at the Tokyo Volleyball Qualification Tournament with inappropriate and culturally insensitive gestures," the FIVB said.

"Last week the FIVB made it clear that these type of actions by players and official representatives of national volleyball teams are completely unacceptable."

Argentina player Facundo Conte, who had a lengthy spell with Chinese club Shanghai Golden Age, apologised for the gesture on Instagram.

The incident marked the latest allegation of racism in volleyball after Russian head coach Sergio Busato made a similar gesture following his side's win over South Korea at the women's Olympic qualifier in Kaliningrad earlier this month.

"These recent incidents have shown the need for the FIVB to continue working tirelessly with all its member federations, to ensure greater understanding and tolerance of the sport’s rich cultural and ethnic diversity," the FIVB added.

"The FIVB is working hard to ensure that this is reflected throughout the global volleyball community."

It is not yet clear whether the FIVB will take action against the Argentinian team or Busato.