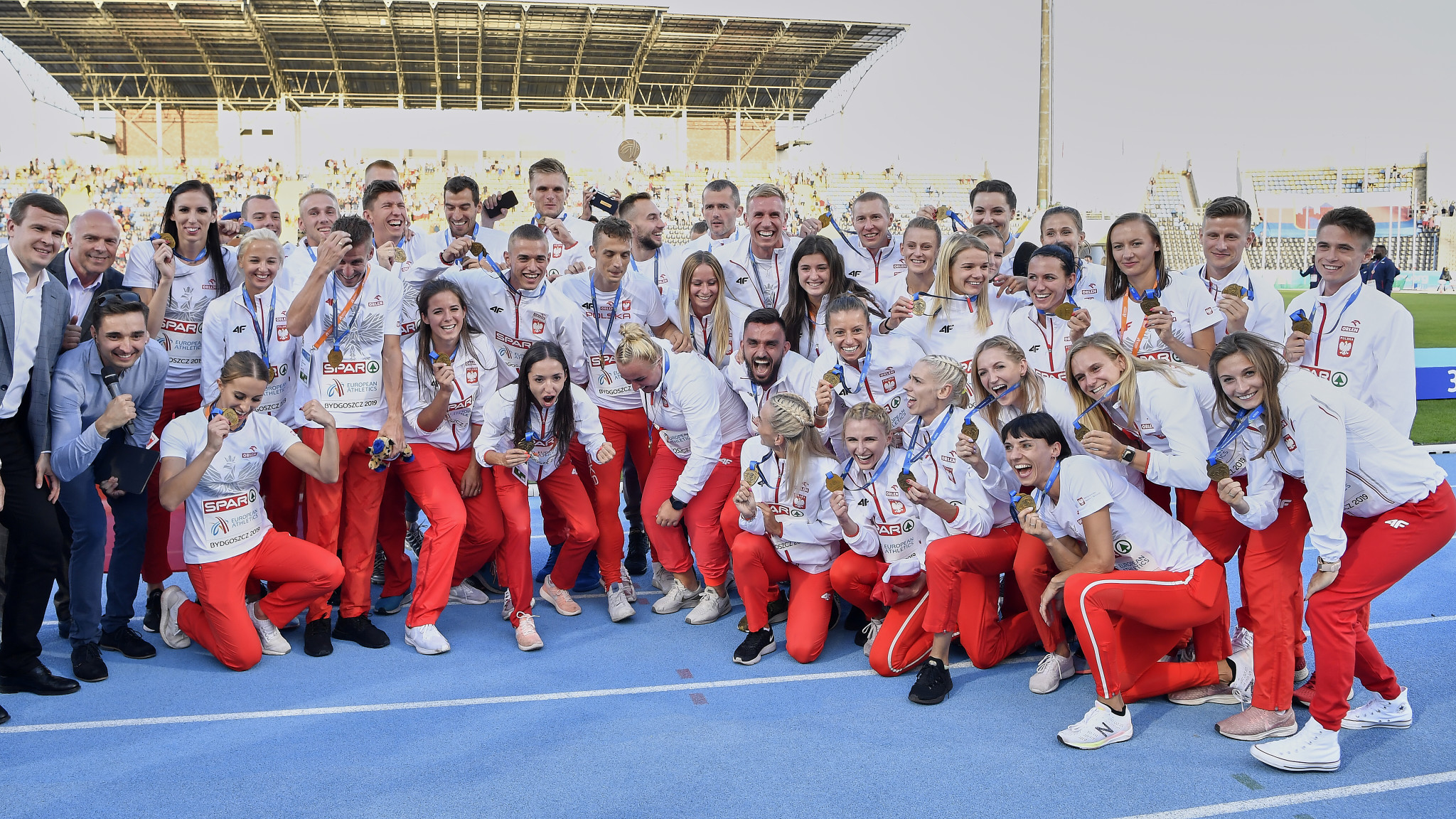 Polish athletes won five finals on the final day of the European Team Athletics Championship Super League as they were crowned overall champions in Bydgoszcz.

The hosts trailed France by just 1.5 points at the end of the second day of competition but a further five maximum point wins put them on the victory trail at Zawisza Stadium in the Polish city.

The women's 4x400 metres relay team scored 12 points in the penultimate event to secure the title and Poland rounded out the competition with a total of 345 points.

Defending champions Germany were placed fourth at the end of day two but a strong final day saw them leapfrog France and Italy to claim second place.

Germany totalled 317.50 points as the French were pushed into third place on 316.50 points.

Italy missed a medal by just 0.5 points in fourth.

He cleared 5.81 metres as Sweden's Melker Svärd Jacobsson and Renaud Lavillenie of France finished second and third respectively on 5.71m.

The Poles fully sealed the overall crown with victory in the 4x400m relay!#ETCH2019

Germany's Caterina Grantz was hot on her heels in 4:08.52 as Czech Republic's Kristiina Mäki took third in a season's best 4:09.12.

Piotr Małachowski's 12-point haul in the men's discus throw put Poland on the verge of success before the women's 4x400m triumph secured victory.

Małachowski launched the discus to 63.02m with his final attempt to win the event as Martin Weirig of Germany took second place with a throw of 61.84m.

Iga Baumgart-Witan, Anna Kiełbasińska , Małgorzata Hołub-Kowalik and Justyna Święty-Ersetic triumphed in a European lead 3:24.81, buoyed on by the home crowd.

Due to a reorganisation of the European Team Championships from 2021, the Super League is being streamlined to eight teams, meaning five of the 12 current nations will drop into the First League, replaced by just the winners of the First League.

Switzerland, Finland, Greece, Sweden and Czech Republic were all relegated into the First League as the bottom five nations.

Portugal earned promotion to the Super League after winning the First League event in Sandnes in Norway.