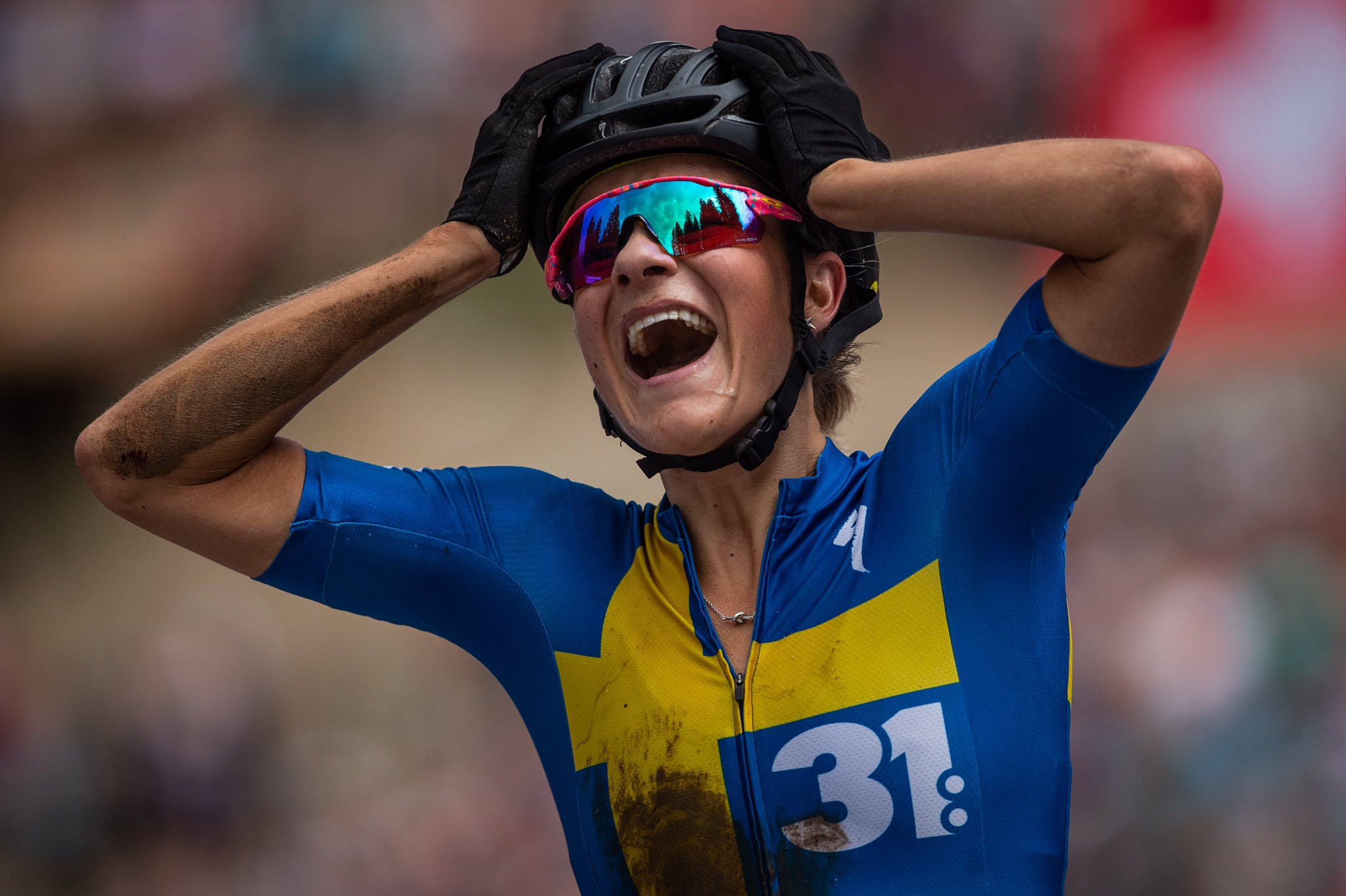 The Swede had finished third in Val Di Sole but she got the jump on her rivals out the starting blocks and was always a front runner.

She could not shake off Dutch rider Terpstra though as the pair opened up a one-minute lead over European champion Jolanda Neff of Switzerland heading into the final lap.

Rissveds was the stronger in the closing stages and sealed victory in 1 hour 21min 09sec with Terpstra taking second in 1:21:34.

🥇VICTORY FOR MATHIEU VAN DER POEL!
🏁 🍾 💐
Attack until it sticks. Ride full gas to the finish. What a display from the Flying Dutchman!

The duo moved clear of their rivals on lap four and it was Schurter who seemed to have the bit between his teeth with several attacks on his Dutch rival.

Van Der Poel kept with the Swiss rider as they opened up a 10 second lead on Brazilian Henrique Avancini.

It was the Dutchman who broke clear on the first climb and took the World Cup win, crossing in 1:17:50.

Schurter finished second in 1:18:15 with compatriot Mathias Flückiger securing a 2-3 for Switzerland in 1:19:03.