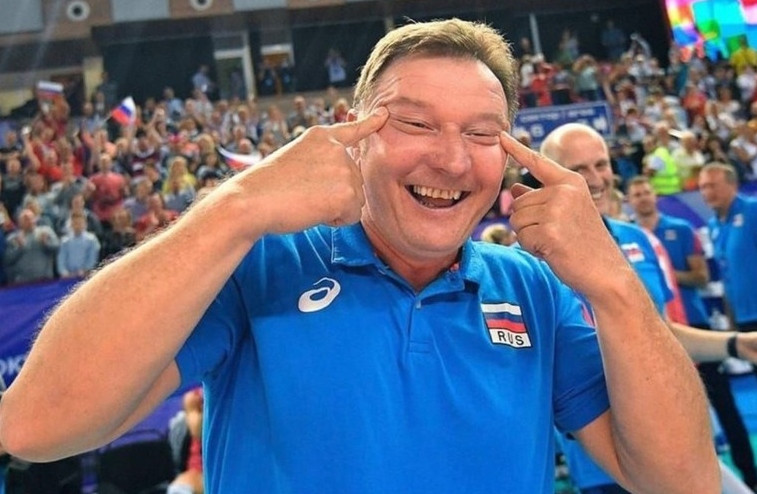 An official apology is to be sent from the Volleyball Federation of Russia (RVF) to their counterparts in South Korea after a slant-eyed racist gesture made by Russian head coach Sergio Busato at the end of the match last Sunday (August 4) between the two countries in the qualifying tournament for next year's Olympic Games.

Busato, Russia's Italian-born coach, was photographed making a slant-eyed racist gesture following his side's 3-2 victory in the International Volleyball Federation (FIVB) Women's Volleyball Intercontinental Olympic Qualification Tournament at DS Yantarny in Kaliningrad which secured his side a place at Tokyo 2020.

The Korea Volleyball Federation (KVA) made a formal complaint to the FIVB about Busato's behaviour.

RVF secretary general Alexander Yaremenko has now revealed they will send a letter to the KVA apologising for the incident.

But Yaremenko ruled out suspending the 53-year-old Busato for his behaviour.

"We are all disappointed and Busato as well," Yaremenko told Russia's official state news agency TASS.

"We will extend our official apologies, however, we do not even want to start raising an issue of possible sanctions against the coach.

"The fact, which our opponents brought attention to, is certainly unpleasant."

Yaremenko added: "But Sergio has been working for the sake of the Russian volleyball for 20 years and he has always been and still is a very intelligent guy.

"He has already explained that he did not want to offend anyone, he did it because he was happy and emotional and tried to show that the team is going to Japan for the Olympics.

"He is not happy himself with the way he had been misinterpreted, he never tried to humiliate the team of the opponent,"

Following the incident, the FIVB issued a statement in which they claimed it "does not approve of any such culturally insensitive gestures, even if there was no intention to offend".

It is not yet clear whether they plan to take further action against Busato.