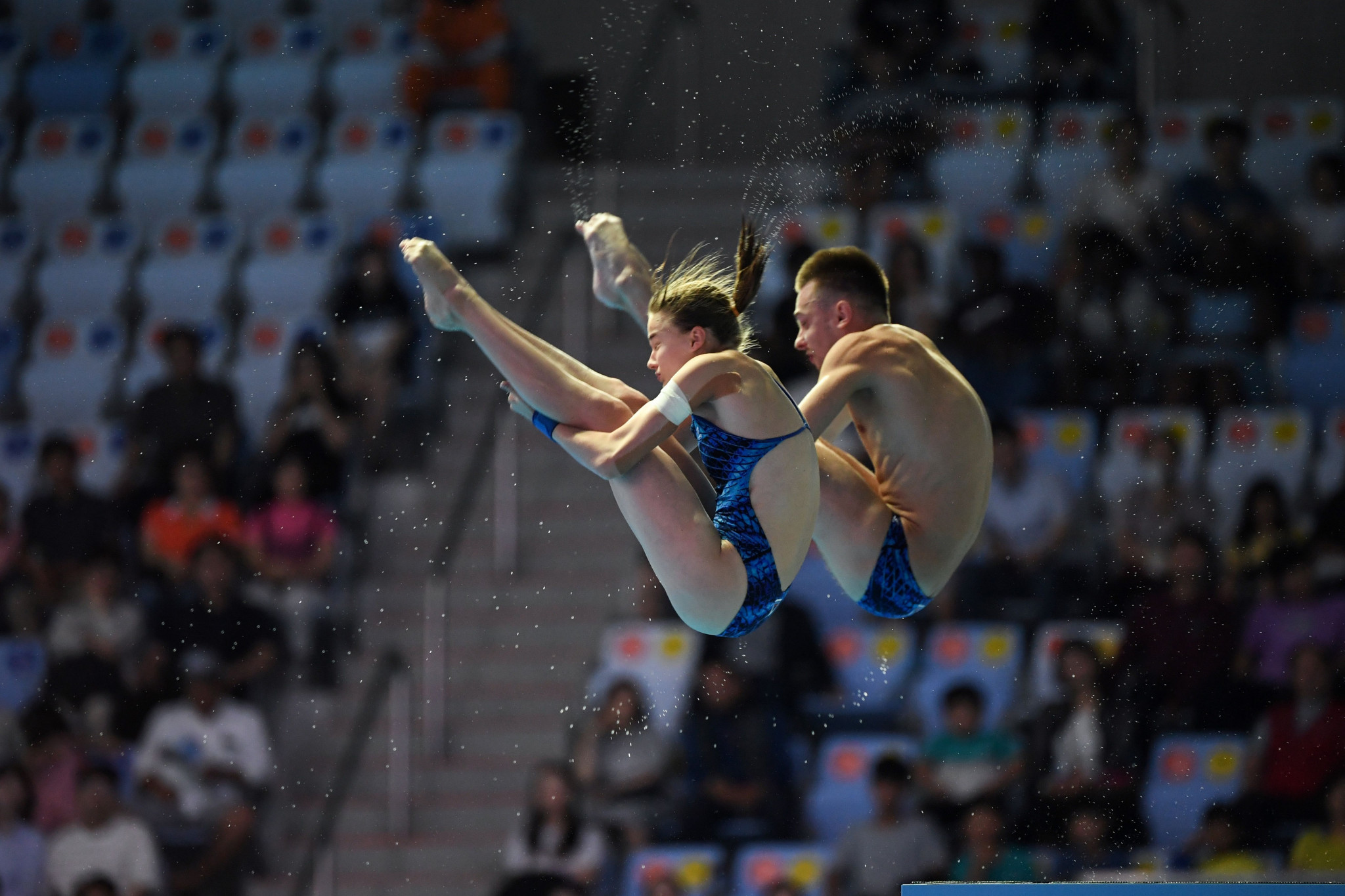 Russia claimed both gold medals on offer at the European Diving Championships in Kiev today.

Ekaterina Beliaeva and Viktor Minibaev went one better than their World Championships performance as they clinched gold in the mixed platform synchronised final.

The Russian duo, who had to settle for silver in Gwangju, but were victorious at the Liko Sports Centre.

Beliaeva, 16, and Minibaev, 28, scored a total of 320.70, enough to see off the challenge of Britain's Eden Cheng and Noah Williams.

Cheng and Williams scored 303.70, while bronze went to Florian Fandler and Christina Wassen of Germany on 287.76.

The German pair finished just over a point ahead of Noemi Batki of Italy who, alongside Maicol Verzotto, missed out on a second medal of the event after triumphing in the women's synchro on Wednesday (August 7) alongside Chiara Pellacani.

Evgenii Kuznetsov followed up the mixed synchro success for Russia with victory in the men's 3 metre springboard, earning gold by a margin of more than 40 points.

He won his seventh European Championships gold – but only his second solo event after the 3m springboard at London 2016 – with a huge score of 499.45.

The London 2012 silver medallist was too good for Germany's Patrick Hausding, who was aiming for his third gold of these Championships.

Hausding earned one metre springboard victory on Wednesday, adding to his win in the mixed team event on Monday (August 5), but his score of 456.85 was only good enough for silver.

Tomorrow sees the penultimate day of competition in Kiev, with the men's 3m synchronised and the women's 1m springboard finals taking place.