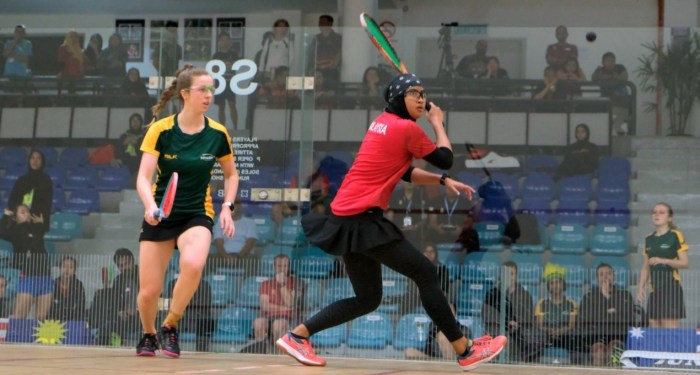 Seven of the top eight seeds booked their place in the quarter-finals on the second day of the women's team event at the World Squash Federation Junior Championships in Kuala Lumpur.

The only exception were seventh seeds Canada, who despite beating Japan 3-0 in Pool B today face the mammoth task of defeating hosts Malaysia tomorrow to secure qualification for the last eight after suffering a surprise loss against Australia yesterday.

Malaysia, the second seeds, ensured their passage with a 3-0 victory over Australia at the National Squash Centre.

In Pool A, top seeds Egypt and eighth seeds Switzerland claimed 3-0 wins over France and Singapore, respectively, to maintain their perfect records.

The two teams will meet tomorrow to determine the table topper.

Third seeds Hong Kong and sixth seeds India both made it three victories out of three in Pool C with the former overcoming Chinese Taipei 3-0 in their sole outing and the latter securing wins by the same scoreline over Ireland and New Zealand.

Also keeping their winning records intact to guarantee they will be in the quarter-finals were fourth seeds England and fifth seeds the United States in Pool D.

England beat Sweden 3-0, while the US triumphed by the same margin over South Africa and South Korea.

The top two positions in Pools C and D will be decided tomorrow with matches scheduled between Hong Kong and India, and England and the US.