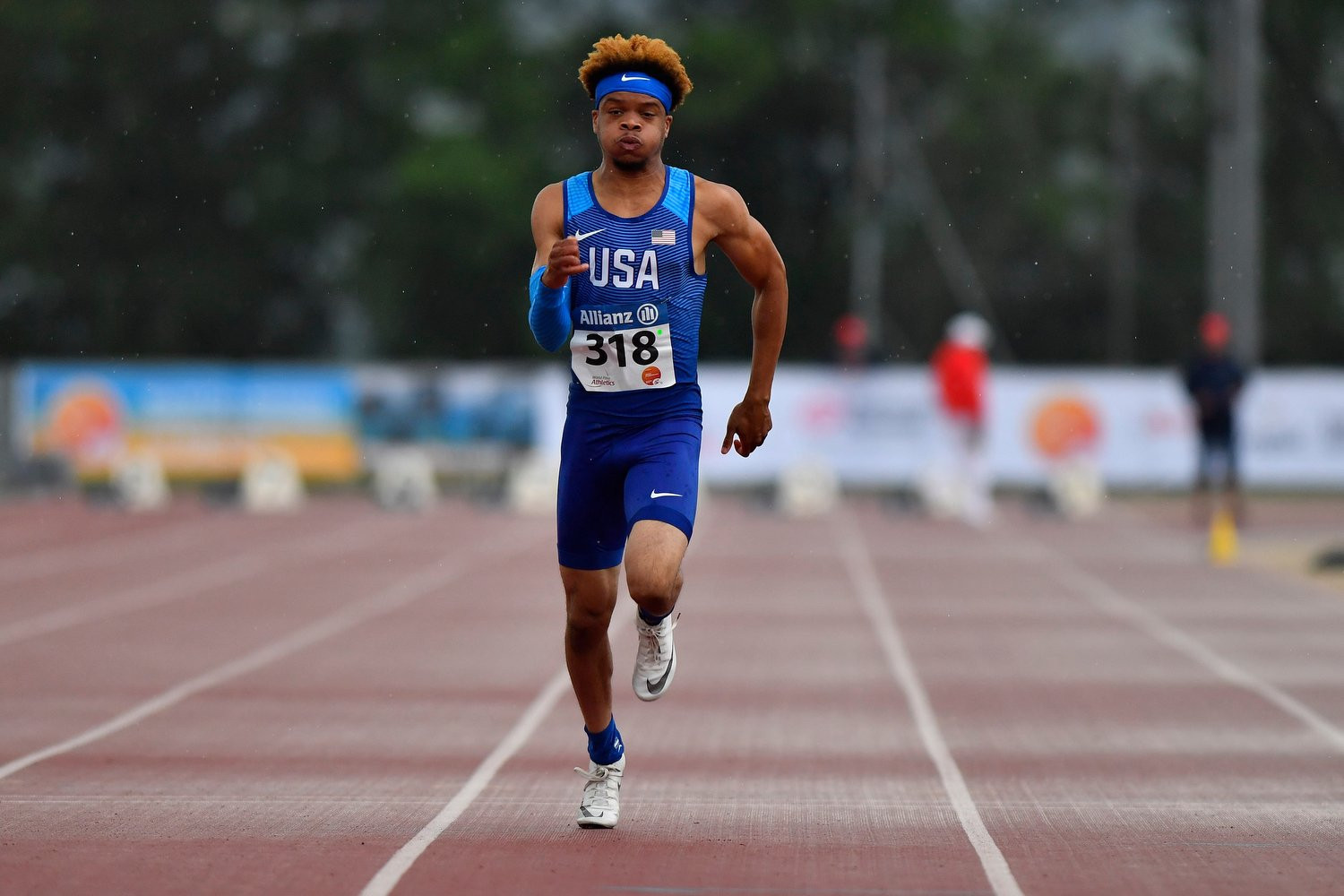 It is Malone's second gold medal at the Sport Arena of the Swiss Paraplegic Centre, after he won the 100m yesterday and will be looking to complete the sprint treble in the 400m tomorrow.

Pablo Furlan of Brazil won silver in 23.00 and Samuel Naranjo Rios took bronze for Colombia in 23.85.

A new world record was set in the women's under-17 F35-38 discus by South Africa's Simone Kruger as she threw a distance of 38.63 metres on her fifth attempt after faulting three of her first four attempts.

"It's really exciting; I had a bad start, a few no throws, but now that's fine," she said.

New World Record! Simone Kruger has just thrown a massive 38.63m in the F38 discus. That slices a huge 5.68m off the previous record. The South African gives us her reaction here. #JuniorWorlds #ParaAthletics #Nottwil2019 👊💪 pic.twitter.com/pUxLcfOSdU

South African double above-knee amputee Ntando Mahlangu recovered from disappointment yesterday in the 100m as he took gold in the under-20 T45-64 400m.

He ran 48.98, with Thomasz Ruan de Moraes of Brazil second, while Egypt's Karim Ramadan set an African record for T44 athletes with a time of 54.62, which also won him the bronze medal.

In the under-20 men's long jump, Britain's Karim Chan claimed the Nottwil double following his win in the under-17 event two years ago.

Chan jumped 6.70m, his best performance of the year so far.

Competition is due to conclude in Nottwil tomorrow.