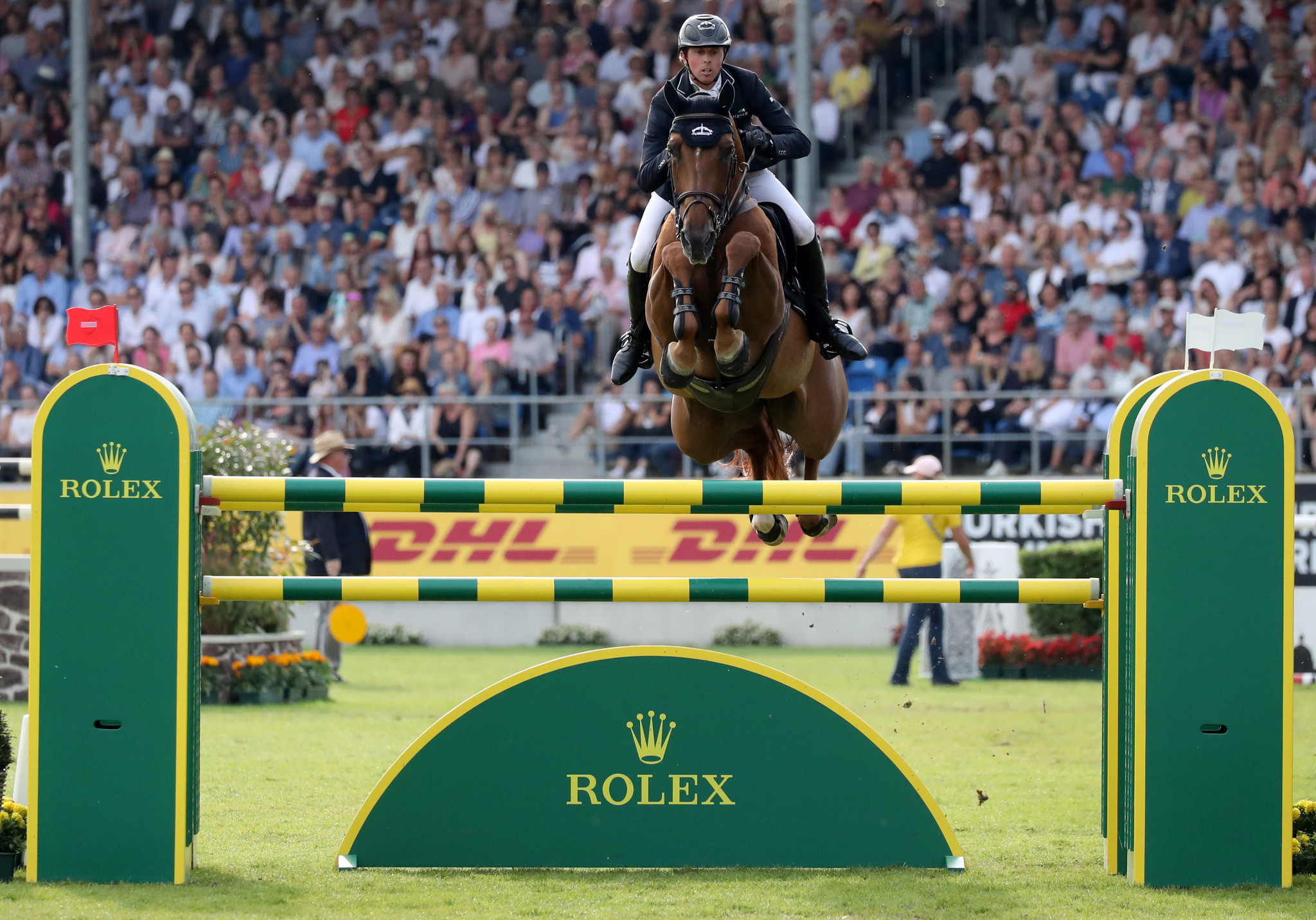 Ben Maher claimed victory in his home event of the Global Champions Tour (GCT) in London and boosted himself up to second in the overall standings.

Maher, on Explosion W, was one of 12 riders to complete a perfect first round, and among the four who also went clean in the jump-off at at Royal Hospital Chelsea.

The British rider was quickest by more than a second, completing the course  in 35.98sec.

He is the fifth British winner in the six GCT events hosted in the English capital.

Maher is now on 264 points, ahead of Germany's Daniel Deusser, who did not compete in London, on 232, but still behind Belgium leader Pieter Devos is on 276.

Devos was among the 12 perfect rounds on Claire Z, however, two penalties in the jump-off saw him finish 10th on the leaderboard.

Behind Maher in London, a pair of Irishmen completed the top three.

Shane Sweetnam and Alejandro completed the course in 37.44 in the jump-off, while Darragh Kenny and Classic Dream managed it in 37.62.

For Sweetnam there is the consolation of qualifying for the end of season Super Grand Prix in Prague, as Maher had already booked his place with a GCT victory earlier this season.

Belgium's Niels Bruynseels, on Jenson van't Meulenhof, were the other duo to complete two perfect rounds, and his fourth place also puts him fourth in the overall standings on 229 points, just three behind Deusser.

Maher's compatriot, Scott Brash, had been looking for a hat-trick of GCT wins in London and a second successive victory on Hello Mr President.

An error during his round left Brash down in 16th place.

The GCT is due to next weekend (August 9 to 11) in Valkenswaard, Netherlands.