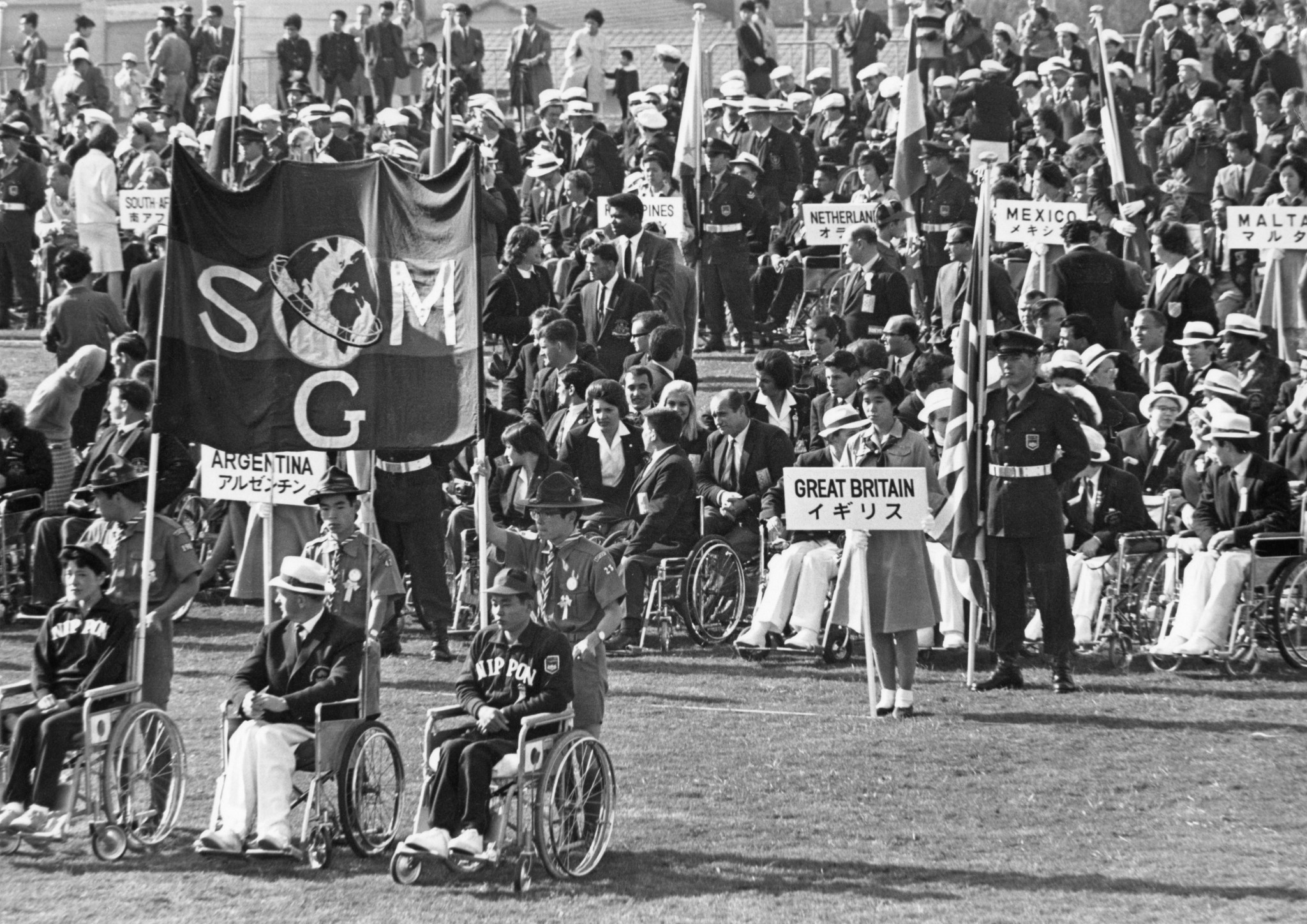 Two films taking a walk down memory lane to the 1964 Paralympics in Tokyo have been aired in the Japanese capital as the city prepares to welcome back the Games.

The films offered a glimpse into the staging of the Paralympic Games and the conditions faced by physically disabled people in Japan at the time.

The screening was aired at Sophia University and shed light on the atmosphere of Japanese society in 1964, when the aftermath of World War Two was still being felt.

It was also a time when Japan's then Crown Prince Akihito and Crown Princess Michiko - now former Emperor and former Empress - played an active role in the country's disabled sports movement.

Satoru Nokuo, associate general manager of Kadokawa Corporation, told Japanese agency Kyodo News one of the films, whose title translates as "Tokyo Paralympics, festival of love and glory" had been buried in the company's archives.

The other film, "Record of the 1964 Tokyo Paralympic Games", was reportedly found in a warehouse of the Japanese Para-Sports Association, according to Tetsuya Takeuchi, senior commentator at the Japan Broadcasting Corporation (NHK), who also took part in the screenings.

While the 1964 Paralympic Games were officially known as the "International Games for the Physically Handicapped", they were the first Games where the Paralympics term was widely used.

The International Paralympic Committee (IPC) considers them to be the second Paralympics after the 1960 Rome Games, known as the Paraplegic Olympics.

The two films, lasting 63 and 45 minutes respectively, delve into how people with disabilities in Japan interacted with overseas athletes who had endured similar struggles.

Archer Tomohiro Ueyama competed at Rio 2106 and is expected to take part in Tokyo next summer.

He told Kyodo News there was a startling difference between the way the Paralympics was viewed in the 1960s and today.

"I've noticed the word rehabilitation was mentioned many times [in the films]," said Ueyama.

"But it's different now, and I am hoping people will enjoy the Paralympic Games as a sports event in Tokyo rather than rehabilitation."

"Tokyo Paralympics, festival of love and glory" was directed by cinematographer Kimio Watanabe, while the latter was produced by the NHK Public Welfare Organisation.

NHK's Takeuchi said the films served as a reminder about how much still needs to be done to improve the lives of people with physical impairments in Japan.

According to an official report of the 1964 Paralympics, the two films are among six independently produced records of the Games, with the remaining four still unaccounted for.

"Thanks to the two surviving films, we are able to see what really happened in 1964," said Fumio Morooka, a professor emeritus at Sophia University.

"As no official announcement has been made yet on the film production to record the upcoming Tokyo Paralympics.

"I truly hope the public and private sectors will cooperate to produce a visual record that can pass on the legacy of the games to future generations."

IPC President Andrew Parsons revealed he was pleased the original 1964 Tokyo Paralympic Games film had been found and stressed the "lasting legacy" of the event in both Japan and around the world.

"Since 1964 we have seen the Paralympic movement grow and grow, taking leaps and bounds not just for the Paralympians, but also for society as a whole," he said.