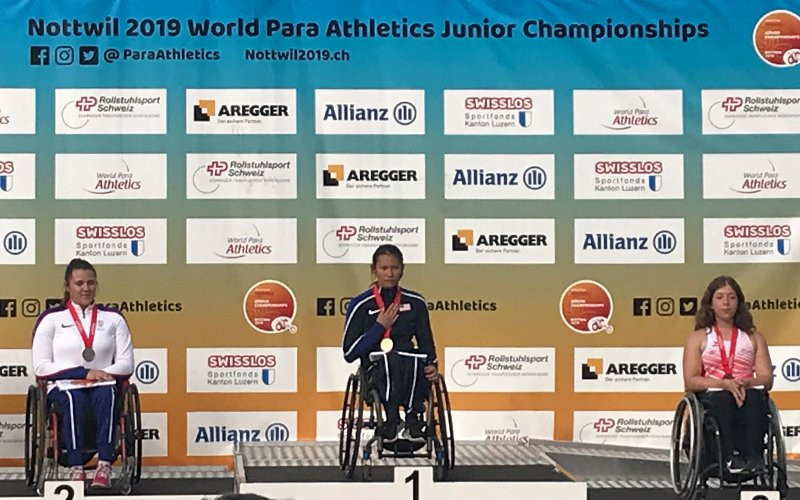 Hannah Dederick has started the 2019 World Para Athletics Junior Championships in the same vein as two years previously after winning a gold medal on the opening day in Nottwil.

The American won five gold medals at the 2017 Championships in the Swiss city, and today earned her sixth with victory in the women's T51-54 400 metres at the Sport Arena of the Swiss Paraplegic Centre.

Licia Mussinelli, one of four home athletes competing, took the bronze medal in 01:02.20.

Dederick was one of three American gold medallists on the first day of competition, as two of their under-17 para-athletes won in some of the most competitive events.

Sydney Barta came out on top in a field of eight in the women's T45-64 200m, with Maria Clara Augusto Da Silva of Brazil earning silver while bronze went to Ida-Louise Overland of Norway.

Rafael Neto of Portugal was overtaken by Atwood on the final straight and beaten into second place, in a time of 55.43, while another American, Collin Lancaster, was third in 56.35/

The meet may only have completed day one but already world records have been set, one of them by 14-year-old Michael Puseletso.

The South African lowered the T63 200m record to 26.36, although he could only claim silver in his event as Jose Martins Da Costa of Brazil, who is in the T47 category, came out on top.

Competition in Nottwil is set to tomorrow and due to conclude on Sunday (August 4).