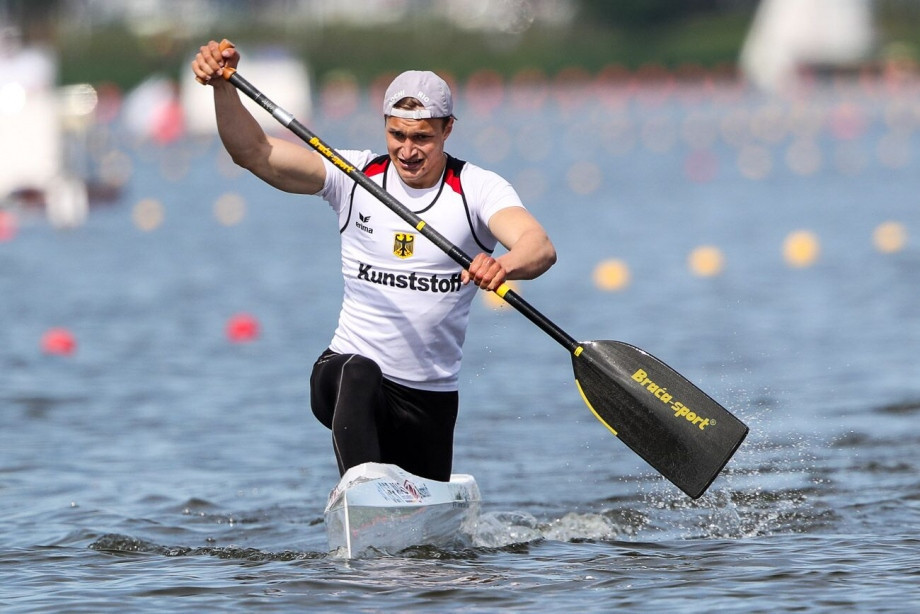 The gold medal favourites began their campaigns strongly at the 2019 International Canoe Federation (ICF) Junior and Under-23 Sprint World Championships as competition got underway with the heats in Pitesti in Romania.

Also impressive was Australia's Thomas Green, who set the fastest time in qualifying for the semi-finals of the Under-23 K1 1000m.

Green, who has appeared in a senior K1 1000m ICF World Cup final this season, was four seconds faster than the second quickest paddler in the heats.

"It felt alright, the water’s a bit heavy but it felt good," he said.

"I’m just going to go as well as I can here, and take that expectation off everything.

"With senior worlds coming up, I’ve got a lot of expectations on myself for that, so I'm pretty much just here to have some fun."

Green's Australian teammate Jackson Collins was also quick in the heats of the men’s Under-23 K2 1000m, booking a place in the final.

"It's really exciting to be able to come here and race for your country," he said.

"Everyone's paddling really well, and we have a good team environment."

"This is my last year in Under-23, so it’s quite special and hopefully it will work out," he said.

"I really want to show that I’m still in good form.

"Last year the pressure wasn’t that high because I didn’t have to prove anything, but this year I am the reigning champion so there’s quite a lot of pressure.

"But I think I’m more stable and stronger this year."

In the junior events, Canadian 17-year-old Sophia Jensen has started with real intent.

Jensen, winner of three gold medals at the 2018 Junior World Championships in Plovdiv in Bulgaria, won her way through to the finals of both the junior C1 200m and C1 500m.

Despite her dominating performances, Jensen admitted afterwards that she had been badly feeling the pressures of expectation before her races.

"I was really stressed on the start line, I don’t think I have ever been so stressed in all my life," she said.

"It’s weirder being the defending champion I guess, I’ve never really had that experience, so that was really stressful."