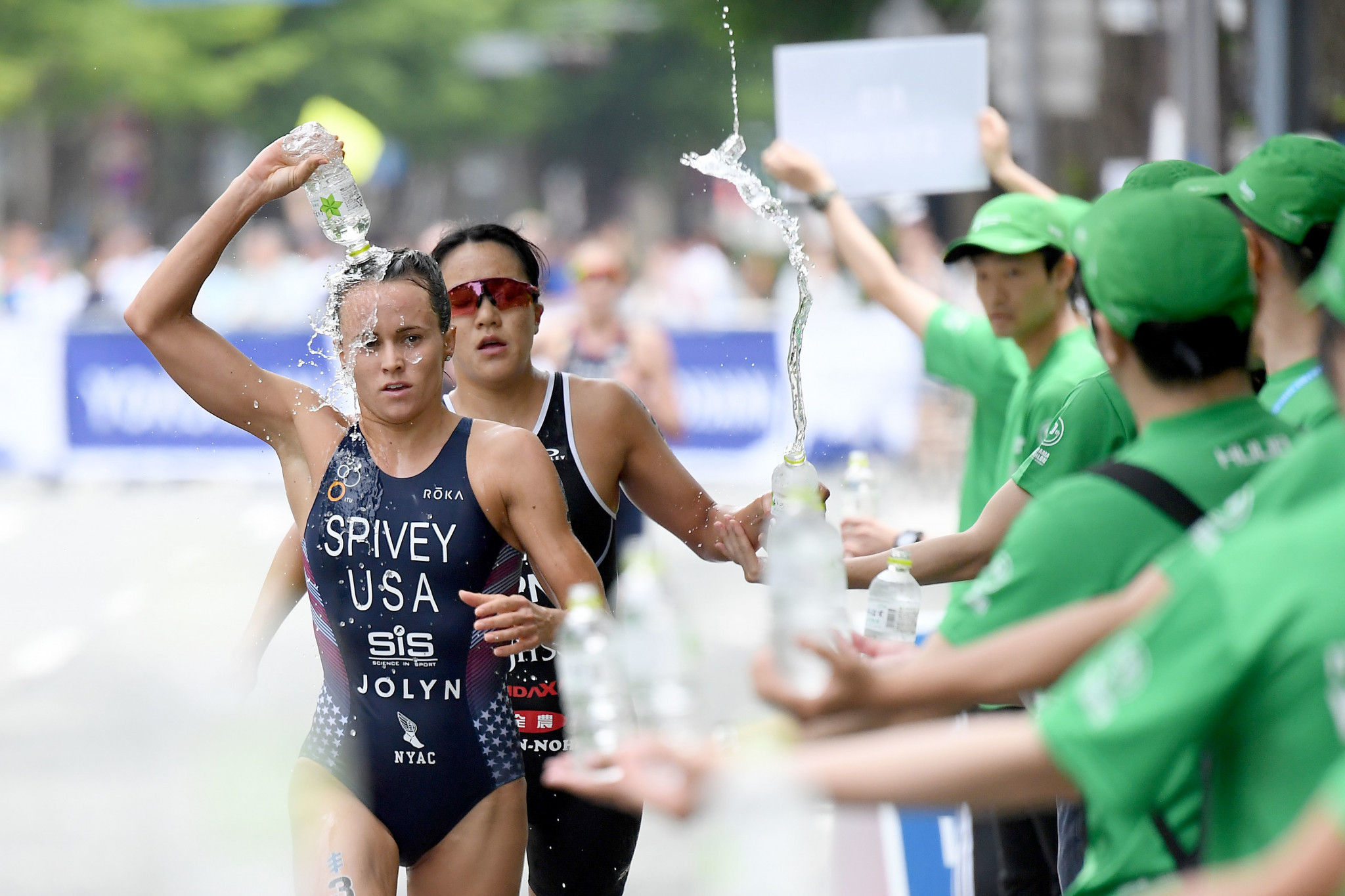 A series of measures designed to help protect athletes from the heat and humidity are set to be implemented at the International Triathlon Union (ITU) World Olympic Qualification event in Tokyo this month.

The ITU has confirmed the start time of all races at the competition on August 15 and 16, which will double as a test event for next year's Olympic Games, will be brought forward.

Extra water stations will be made available on the course, while athletes will benefit from air-conditioned areas before and after the race.

Competitors can also wear cooling vests until their official introduction at the event and coaches will be able to to place cold or frozen water onto bikes between the athletes’ introductions and the start.

The ITU revealed coaches will be allowed to provide nutrition in designated areas on the bike and run course to their athletes, while trained medical personnel will be stationed every 500 metres along the 10 kilometres run course.

"We are taking all the measures to make sure that everyone’s health and safety is our maximum priority, and we are sure that with all these measures, we are working in the right direction reducing the exposure of athletes to the weather conditions," said ITU medical director Sergio Migliorini.

The event at Odaiba Park will be the latest where measures to combat the heat and humidity will be used to help ensure the safety of the athletes.

The expected high temperatures in the Japanese capital during Tokyo 2020 are one of the biggest concerns for organisers in the build-up to the Games.

These fears grew with the release of information from the Japanese Government yesterday, which revealed 11 people died and 5,664 people were taken to hospitals in Japan due to heat-related medical issues last week when temperatures rose sharply following the end of the rainy season in most areas.