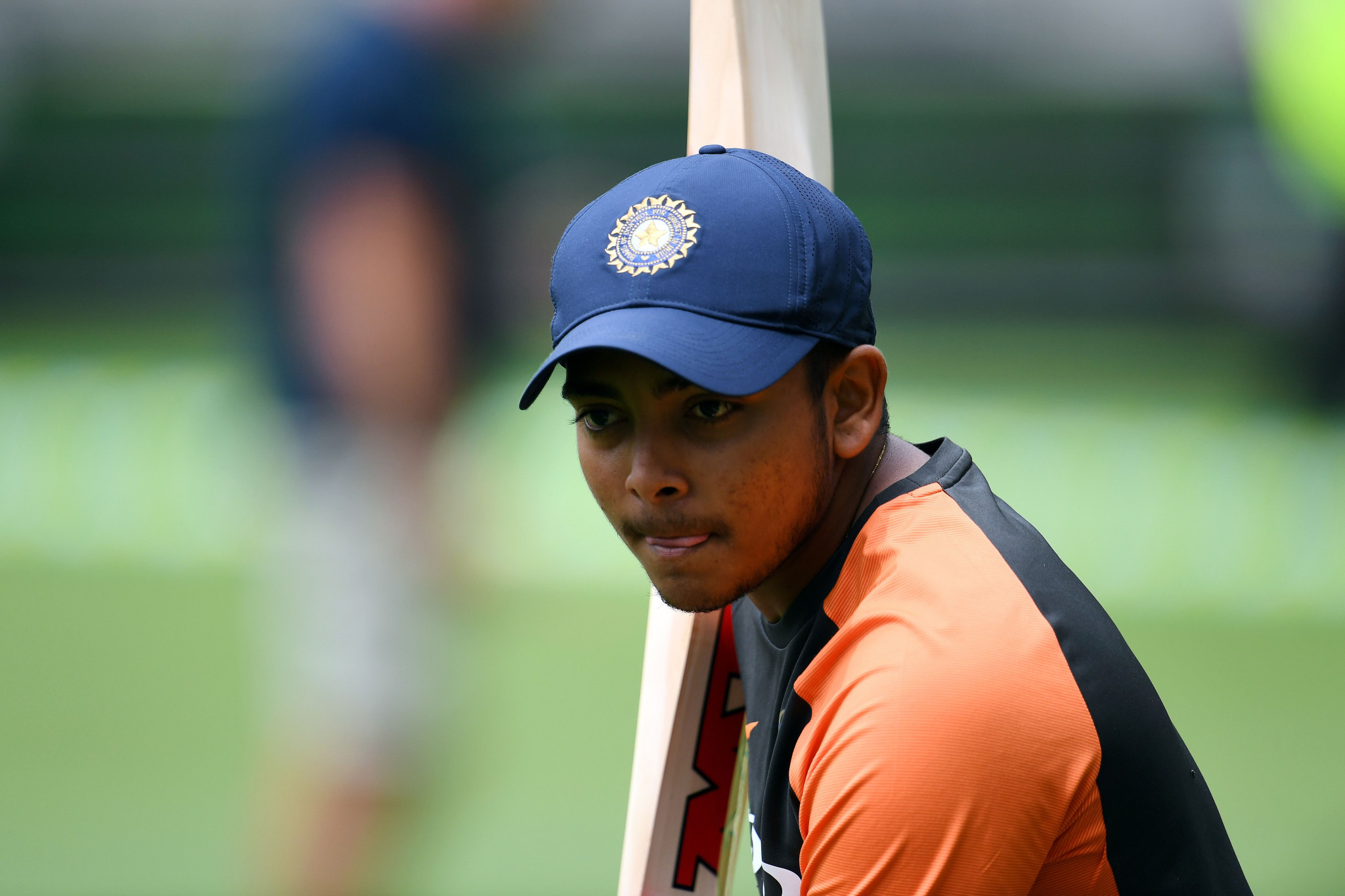 India's teenage batsman Prithvi Shaw has been handed an eight-month suspension by the Board of Control for Cricket in India (BCCI) after admitting a doping charge.

Mumbai’s Shaw, who played in two senior Test matches against the West Indies last year, was charged with a doping violation committed during the Syed Mushtaq Ali Trophy in February.

Opening batsman Shaw claimed he had ingested the substance inadvertently via an over-the-counter cough syrup.

Because he admitted taking the banned substance, Shaw’s suspension has been backdated to March 16 and ends on November 15.

On his first appearance in Test cricket against the West Indies, he became the youngest batsman to make a century on debut for India at 18 years and 319 days old and the second-youngest Indian after Sachin Tendulkar to make a Test century

"Prithvi Shaw, registered with Mumbai Cricket Association, has been suspended for doping violation," the BCCI said.

"Mr Shaw had inadvertently ingested a prohibited substance, which can be commonly found in cough syrups.

"Mr Shaw had provided a urine sample as part of the BCCI's anti-doping testing programme during the Syed Mushtaq Ali Trophy match on February 22, 2019 in Indore.

"His sample was subsequently tested and found to contain terbutaline.

"The BCCI is satisfied with Mr. Shaw's explanation that he had taken terbutaline inadvertently to treat a respiratory tract infection and not as a performance-enhancing drug."

Aside from Shaw, Akshay Dullarwar of Vidarbha and Rajasthan’s Divya Gajraj have been suspended until September 9 and August 10, respectively, following doping violations.