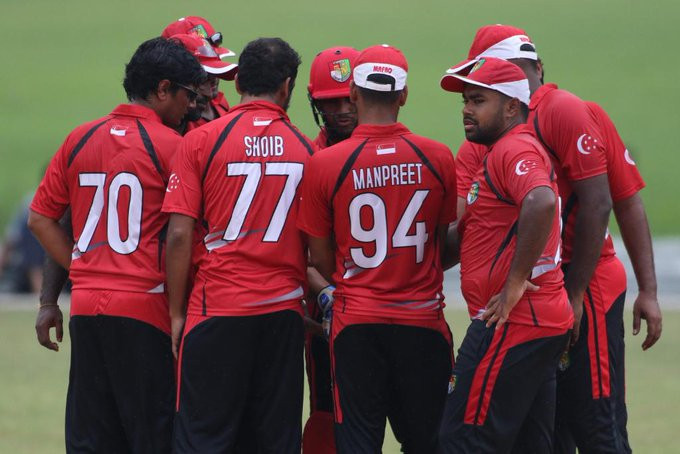 Singapore topped the standings at the Asian Regional Finals Qualifier following their 82-run triumph over Nepal, the top-ranked side competing at the tournament.

Two remaining places will be filled from an Americas qualifier taking place in Bermuda next month.

After finishing atop the ICC #T20WorldCup Qualifier – Asia 2019 table, Singapore seal their spot in the Men's @T20WorldCup global qualifier! pic.twitter.com/c8z4aJRSr4

Six places at next year's Men's T20 World Cup will be on offer at the event in the UAE.

Singapore's win took their points tally at the Asian event to seven, three clear of second placed Nepal, ranked 11th in the world by the ICC.

The home side batted first and scored a huge 191-6 from their 20 overs.

Tim David, who plays in the Big Bash League in Australia, was again the star of the show as he hit 77 from 43 balls, while Rohan Rangarajan fell one short of his half century on 49.

Chasing a tough 192 for victory, Nepal were bowled out for 109 as Singapore sealed a commanding triumph.