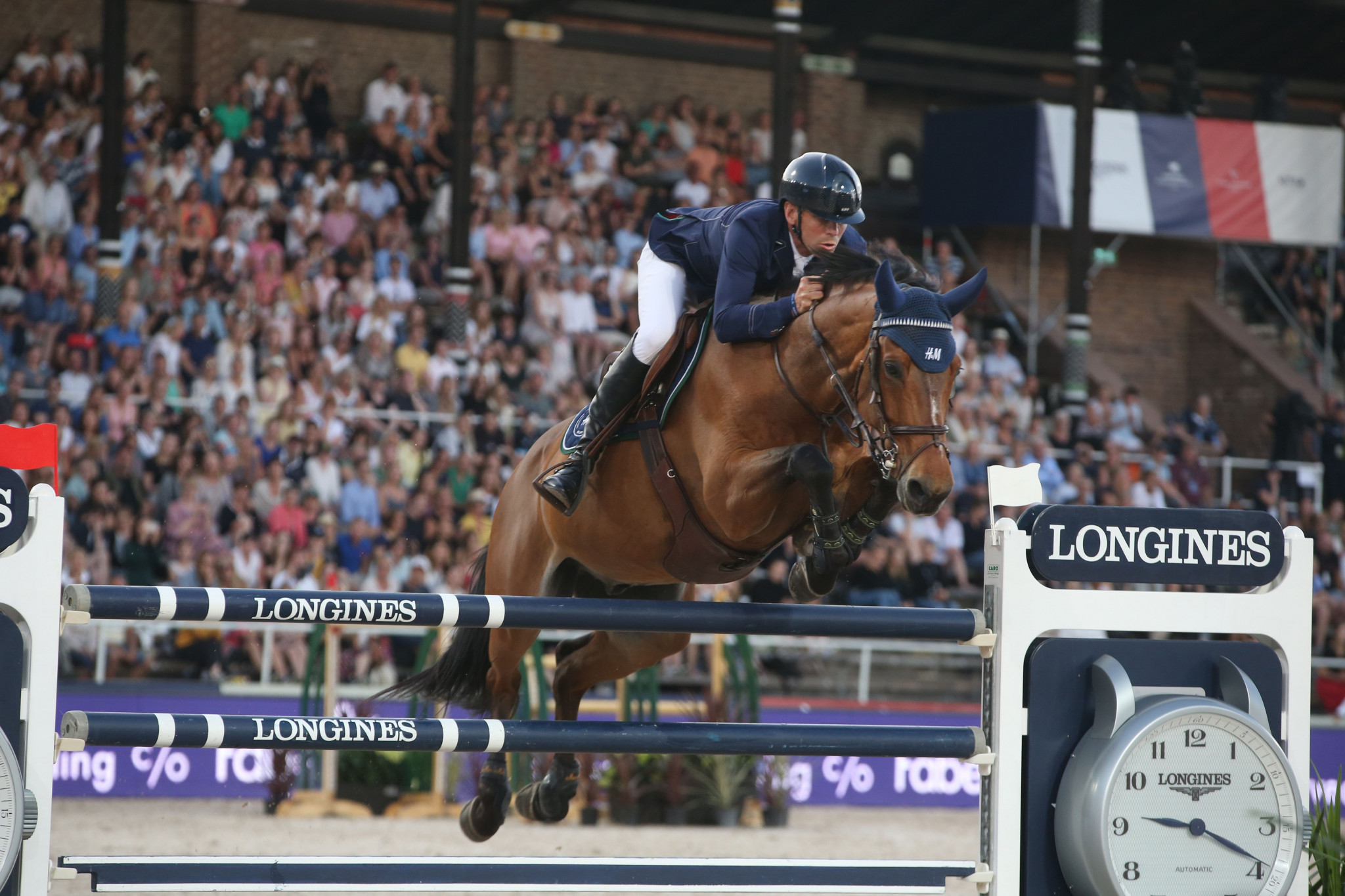 Sweden continued their successful run of form with victory at the International Equestrian Federation Jumping Nations Cup in Britain today.

The Swedish quartet of Angelie von Essen, Peder Fredricson, Fredrik Jonsson and Rolf-Goran Bengtsson, recorded just four faults in the second round in Hickstead to back up their triumph on home soil in Falsterbo earlier this month.

Ireland had eight faults as they finished second behind the Swedish team, while Italy were two adrift in third.

Defending series champions Belgium ended the competition outside of the medals as they were forced to settle for fourth.

Longines FEI Jumping Nations Cup of Britain - Hickstead
Michael Duffy and Mullaghdrin Touch The Stars (ISH) finish with one fence down towards the end of the course. Ireland in second at the moment on 8 faults with one rider remaining#Devenish #TheUnderwritingExchange #Equiline pic.twitter.com/dBkgKaq0u4

Double-clear performances from von Essen, riding Luikan K, and Fredricson on board Zacramento set up what proved a commanding win for the Swedish team.

Jonsson and mount Cold Play only had one error, meaning anchorman Bengtsson, on board Oak Grove’s Carlyle, was not required for the competition.