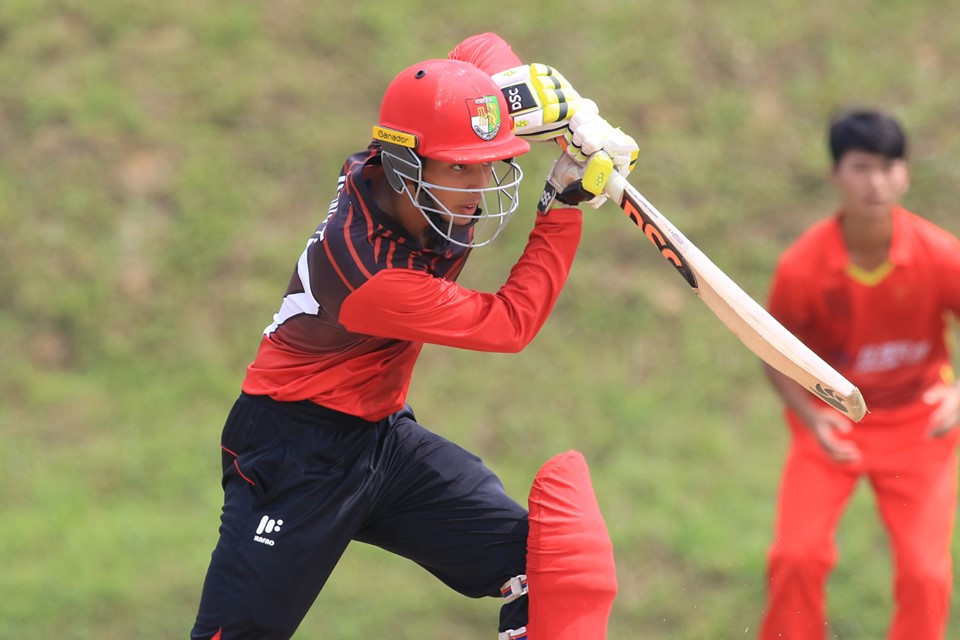 Singapore bowled Malaysia out for just 92 to take control of the match at Indian Association Ground.

The home side made light work of the run chase, reaching their target after just 13.2 overs to record a comfortable win.

Surendran Chandramohan led the way for Singapore with an unbeaten 50, while Manpreet Singh scored 26.

Singapore are ahead of Malaysia in the standings at the five-team tournament on net run rate.

Malaysia missed the chance to cement their place at the summit as they were beaten by Nepal, the best-ranked side at the tournament.

Despite a forgettable loss in 1st match, now #Nepal is just two 'straight win' far from @T20WorldCup Qualifier!
Win for Kuwait and Singapore today means the straight win against these two in next couple of days will confirm Nepal's spot for T20 World Cup Qualifiers.#nepalcricket

Nepal boosted their qualification hopes with a seven-wicket win as they restricted Malaysia to 83-7 from their 20 overs.

They had little difficulty in chasing down the total as captain Gyanendra Malla hit 51 to guide his side to victory after eight overs.

In the other match played today, Kuwait beat Qatar by 10 runs in a high-scoring encounter.

Kuwait batted first after losing the toss but made a considerable score of 197-7.

Qatar seemed on course to reach their target but fell short on 187-5.