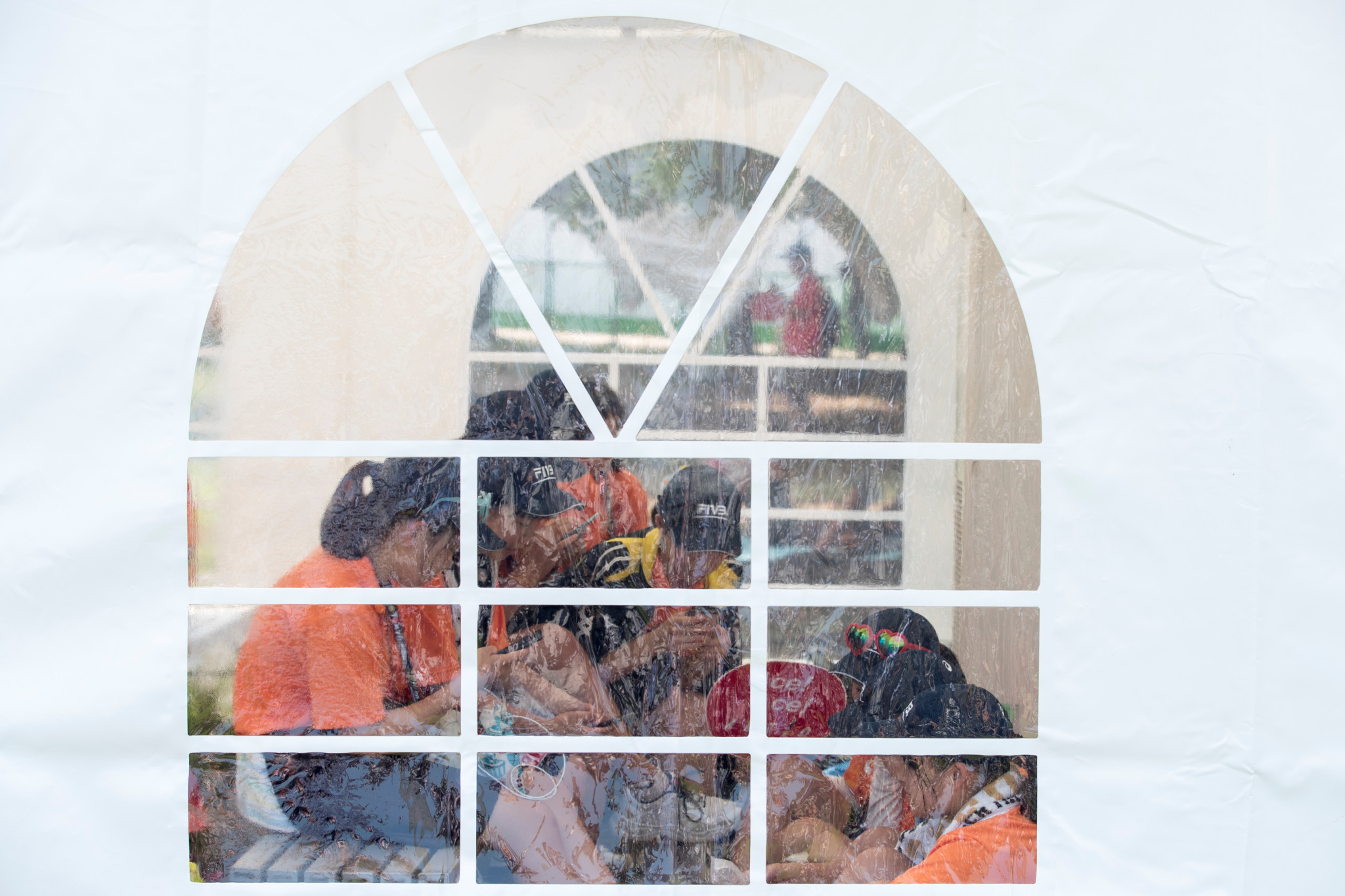 Organisers tested misting sprays and air-conditioned tents at the Tokyo 2020 beach volleyball test event today as they trialled cooling methods in case of severe temperatures at next year’s Games.

Supporters were also given fans and towels to keep them cool as temperatures rose above 30 degrees Celsius at the beachside venue, AFP reports.

"We cannot control the climate, we must deal with it based on facts and reality," Tokyo 2020 Games delivery officer Hidemasa Nakamura said.

"Even creating shadows or mist, it's difficult to cover the entire area."

While temperatures have been cooler this summer, organisers insist they will be prepared for intense heat.

“There are athletes, spectators, volunteers, foreigners, the elderly, small children and individuals with special needs.

“We will offer a detailed response."

A measure of the heat stress in direct sunlight, called the Wet Bulb Globe Temperature, hit a level considered dangerous for exercising outdoors.

As part of the tests, Olympic organisers operated a mock security checkpoint with some 150 volunteers queuing, some under tents and others under the scorching sun.

“Naturally, having tents made a big difference, we are reminded that it’s important to make the wait as short as possible,” Nakamura said.

Other cooling measures include fire engine-sized misting stations spraying out water, air-conditioned cooling tents and potted flower fences that organisers say help “psychologically” to cool those around them.

Nakamura said spectators would be urged to protect themselves by bringing adequate water and wearing hats.

“It’s important that we make the line shorter (at security checkpoints)," he said.

“We will call on people to bring as little as possible to minimise the lines."

Seeded 18th in the main draw after winning a qualifying match on Wednesday, Saymon and Guto earned victory over higher-seeded pairs from the United States – Tri Bourne and Trevor Crabb – and Japan, represented by Takumi Takahashi and Yoshiumi Hasegawa.

In the women’s event, top-seeded Alix Klineman and April Ross and 11th-seeded fellow US qualifiers Kelly Claes and Sarah Sponcil will meet Canadian pairings to contest supremacy in their group – the 12th-seeded Heather Bansley and Brandie Wilkerson and the second-seeded Melissa Humana-Paredes and Sarah Pavan, respectively.

The Tokyo Open continues through to Sunday.