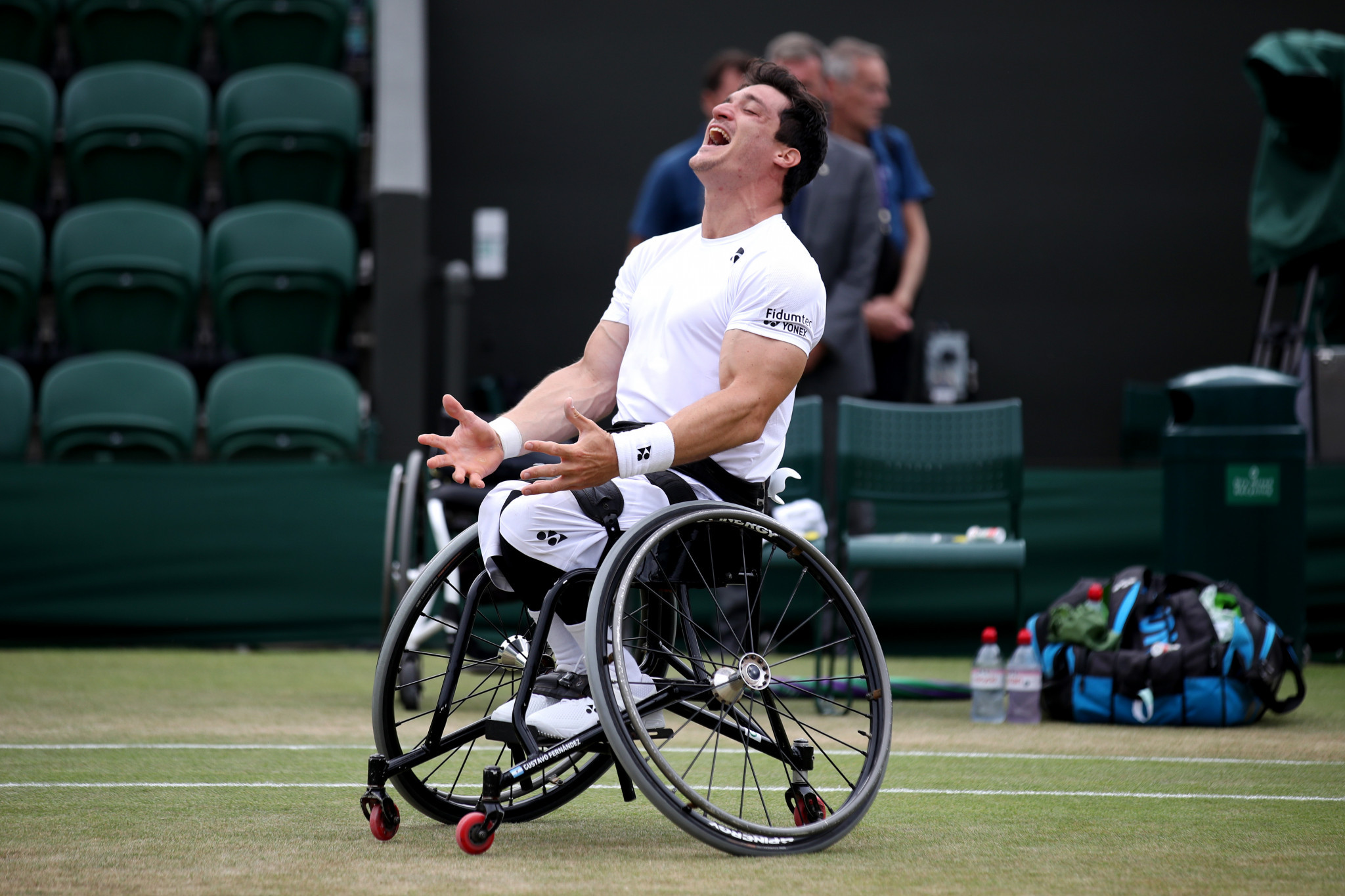 Top seed Gustavo Fernández of Argentina and second seed Shingo Kunieda of Japan eased through to the men's singles semi-finals on day three of the British Open Wheelchair Tennis Championships in Nottingham.

It will be a repeat of last month's French Open final, which Fernández won in straight sets.

Kunieda, meanwhile, overcame France's Nicolas Peifer 6-0, 6-1 in the quarter-finals to set up a meeting with third-seeded Frenchman Stéphane Houdet, a 6-2, 6-1 victor at the expense of Japan's Takuya Miki.

There were no surprises in the women's singles as the top four seeds all reached the semi-finals.

Awaiting her in the last four is third seed Yui Kamiji of Japan after she battled back from behind to defeat South Africa's Kgothatso Montjane 2-6, 6-3, 6-1.

The other semi-final is an all-Dutch clash between second seed Aniek van Koot and fourth seed Marjolein Buis.

It would have been the same story in the quad singles event had fourth-seeded Australian Heath Davidson not lost to unseeded Dutchman Niels Vink, 6-4, 6-2.

Vink's reward for the upset victory is a semi-final against second-seeded Japanese Koji Sugeno, who beat compatriot Shota Kawano 6-2, 6-2.

The line-up for the penultimate round is completed by top-seeded Briton Andy Lapthorne and third-seeded Dutchman Sam Schroder.