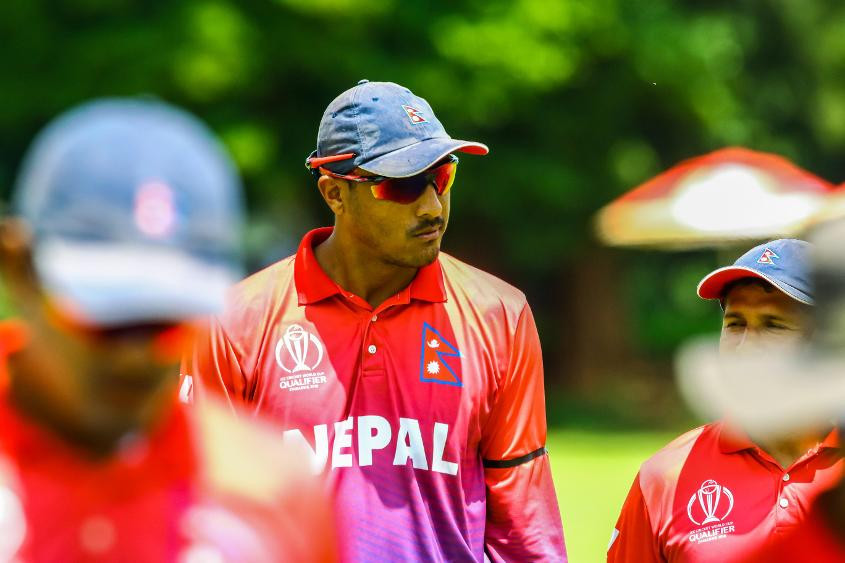 The world number 11 side are the best ranked team at the round-robin tournament but lost by four wickets to Qatar in their opening contest.

They made sure they bounced back today in a match which was reduced to just nine overs aside due to rain.

After winning the toss and electing to field, Nepal's Sompal Kami removed both Malaysian openers for first ball ducks.

Syed Aziz was their best batsman, blasting five fours and a six in a knock of 30 from just 15 deliveries.

Nepal were able to chase down the target with an over to spare as their captain Gyanendra Malla played a fine innings of 51.

His half century included five fours and three sixes while he was at the crease for just 21 balls.

Muhamad Syahadat took 3-19 with the ball for Malaysia but his effort was in vain.

The result still leaves Malaysia top of the pool on net run-rate with one victory and one defeat from their two games.

Hosts Singapore are second having won their sole game so far against Qatar.

Nepal are now third, one place above the Qataris, with bottom side Kuwait losing their only game so far to Malaysia and waiting to get off the mark.

Tomorrow is a scheduled rest day.

Qatar will play Kuwait on Friday (July 26) when Singapore will meet Malaysia.

Yesterday's game between Singapore and Kuwait which was washed-out due to rain is still due to be rearranged.