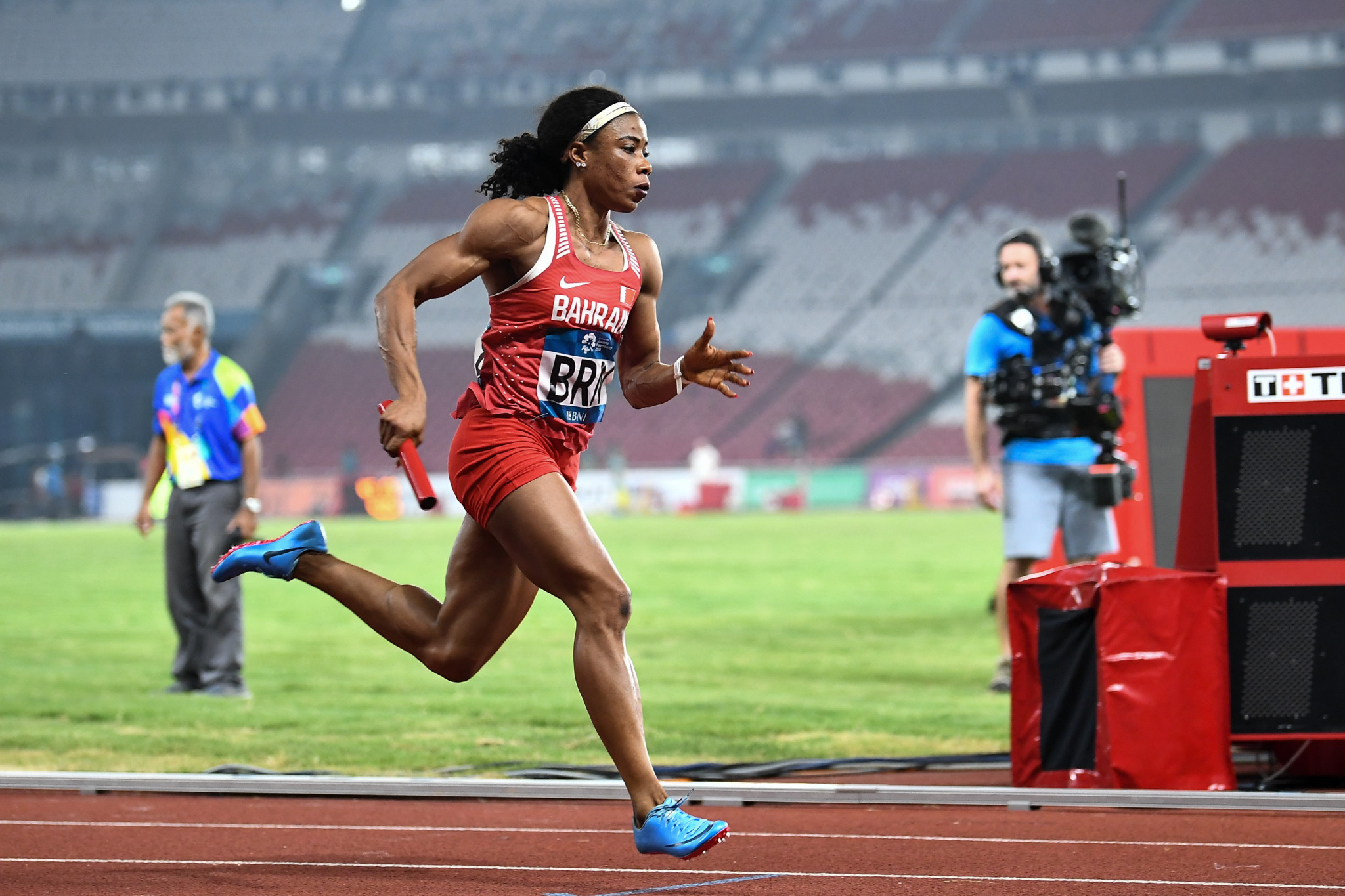 Nigerian-born Bahraini Kemi Adekoya will be stripped of the two Asian Games gold medals she claimed in Jakarta last year after she was given a four-year doping ban by the Athletics Integrity Unit (AIU).

Adekoya, who previously competed for Nigeria before switching allegiance to Bahrain before the 2014 Asian Games, will lose her 400 metres hurdles title from Jakarta Palembang 2018.

Bahrain are also set to be removed as mixed 4x400m relay gold medallists from the Games in Indonesia because of Adekoya's failed test.

She was provisionally suspended in January and her four-year ban, which rules her out of competing at next year's Olympic Games in Tokyo, has been backdated to November.

The 26-year-old will also miss this year's International Association of Athletics Federations World Championships in Doha and the 2021 edition of the event in Eugene.

Kenyan-born Olympic marathon silver medallist Eunice Kirwa was last month banned for four years after testing positive for erythropoietin, while Violah Jepchumba, who was also born in Kenya before switching to Bahrain, was slapped with a four-year suspension in 2018.

Kazakhstan are set to claim silver and China will be upgraded from fourth to third.