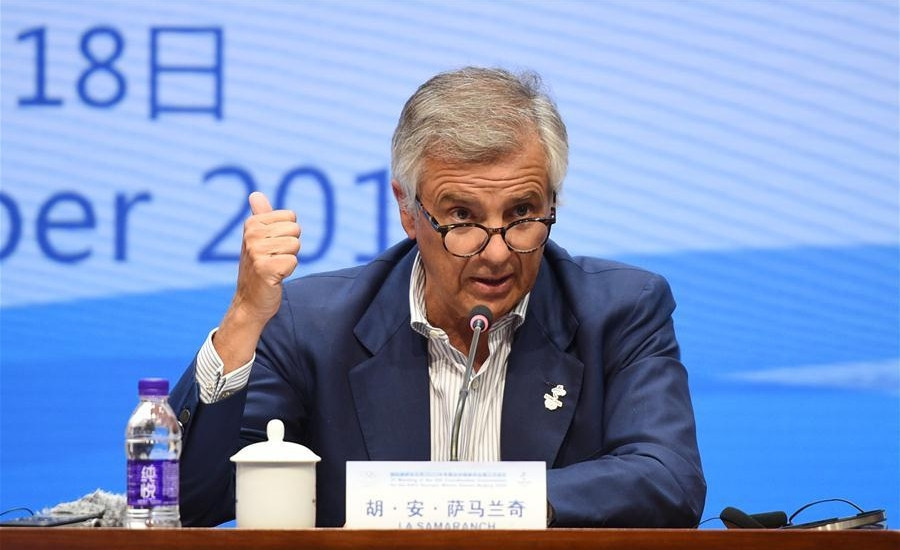 Addressing representatives from Beijing 2022, the Chinese and Beijing Governments, the International Federations and Chinese media at the start of a session of presentations about preparations, the Spaniard was full of praise for how things have progressed so far.

Samaranch picked up where he left yesterday following the IOC Coordination Commission's visit to Zhangjiakou and Yanqing, where snow and sliding events are due to be held, which he had been particularly impressed with.

"We have realised that you always deliver," he told delegates.

"You promised and you are delivering extraordinary venues."

Samaranch pointed to the headquarters of Beijing 2022 - renovated from from old industrial buildings of the steel manufacturer Shougang Group - as to how legacy was part of everything they were doing.

But it is the apparent success of being well on its way to achieving its bid promise of using the Olympics to inspire 300 million Chinese to take up winter sports that appeared to most enthuse Samaranch.

"Legacy is a critical thing in what we are doing together and we are impressed with your plans," Samaranch said.

"It is a landmark for any future event.

"Three hundred million is no longer a number anymore - it is reality in the making."

Samaranch, though, urged Beijing 2022 not to take its foot off the pedal and pledged that the IOC would continue to support its preparations.

"We are in the same boat," he told the audience gathered in the conference room of the former steel works.

"Our success is your success.