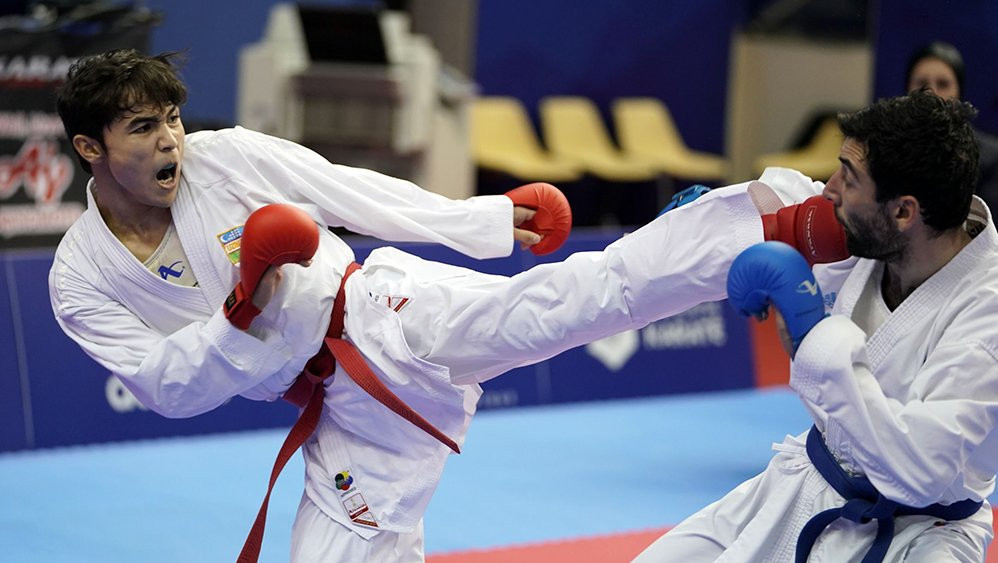 The 2019 Asian Karate Federation Senior Championship is due to take place this weekend in Tashkent,with nearly 400 competitors from 33 countries registered to compete.

Japan’s Ryo Kiyuna is among those set to catch the attention of fans at the Sport Complex "Uzbekistan".

The three-time world champion will be aiming to claim his fourth consecutive men's kata gold medal at the continental event and will also be hoping to extend his winning streak in international events that stretches back to February 2018.

Chinese Taipei’s Wang Yi-ta, the 2018 silver medallist, will be one of his main rivals.

Kiyuna helped Japan to a clean sweep of the kata gold medals, including those in the team events, at last year’s AKF Senior Championship in Jordan’s capital Amman.

Kiyou Shimizu is the reigning champion in the women’s kata and the two-time world champion will be striving to retain her crown in Tashkent.

World ranking leader Ayumi Uekusa is also a strong medal contender for the birth nation of the sport, in the women’s kumite over-68kg division.

One of Japan's main challengers for top spot in the medal table will be Iran, whose delegation will be headed by world champion Bahman Asgari Ghoncheh.

Ghoncheh is hoping to regain the men's kumite under-75kg continental crown which he won in 2017.

Defending champion Bashar Alnajjar of Jordan and Japan’s rising star Ken Nishimura will be among the leading contenders in the category.

Much is also expected of Hamideh Abbasali, the reigning champion in the women's over-68kg division.

Two of the karatekas on top form this season, Kazakhstan's Darkhan Assadilov and China's Yin Xiaoyan, will be looking to maintain their outstanding level in Tashkent.

Assadilov is the world ranking leader in the men's kumite under-60kg category and will be vying to claim his first continental title.

Hosts Uzbekistan are due to be represented by 17 athletes, including Sadriddin Saymatov, who is aiming to win his third medal at continental level.

Last year, Japan topped the overall standings with 11 medals, made up of eight golds, one silver and two bronzes.

They were followed by Iran with four golds, one silver and three bronzes, and Jordan with two golds and one silver.